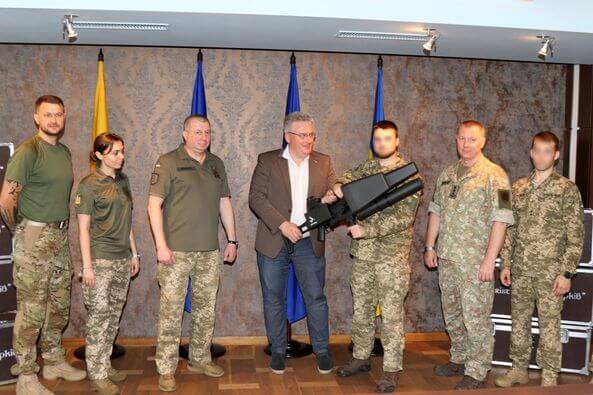 Nonprofit Corporation “Laisves TV”, based in Lithuania, earlier initiated National money raise to buy a Bayraktar for Ukraine, and later received it for free from Baykar company. Since then, volunteers have decided to use part of the collected money for the production and provision of 110 anti-drone systems “Sky Wiper” for Ukraine.

The Deputy Chief of the General Staff of the Armed Forces of Ukraine took part in the ceremony of handing over samples of high-tech weapons from volunteers of the Republic of Lithuania. We are grateful to all our friends and partners in this fight against russian invasion. Share the truth!