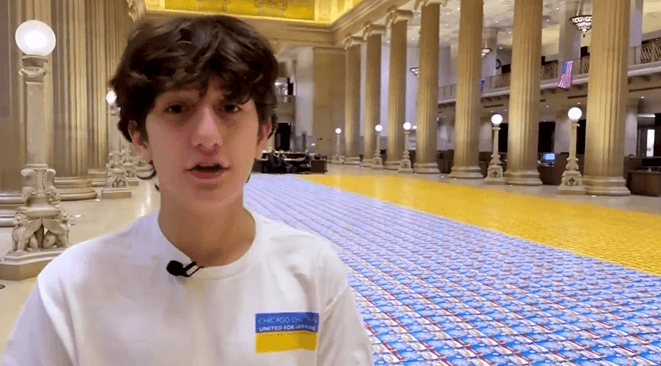 Chicago teenage volunteers used Kellogg’s boxes of breakfast cereal to create a Guinness world record-breaking mosaic. A 5,000 boxes installation depicted the Ukrainian flag in the hall of Wintrust Financial Corporation, intended to raise awareness of the war in Ukraine and collect money for non-profit organization @Razom.for.Ukraine. Proceeds of the fundraiser reached $15,000USD.

Ukraine is experiencing catastrophic damages due to russia’s military aggression. Every kind of support is vital and appreciated. Start with spreading the truth!