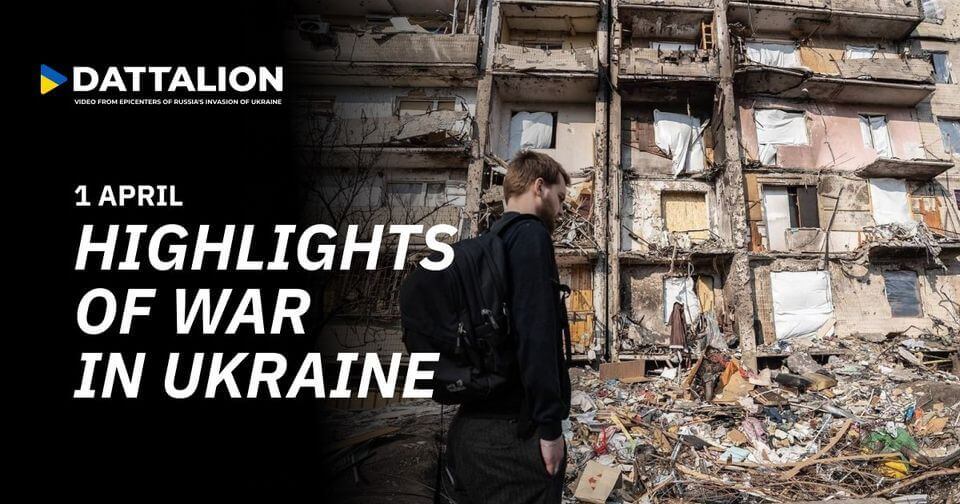 1. On April 1, Chernihiv oncology center was shelled by the Russians. Two medical workers received shrapnel wounds; one suffered a concussion.
2. Three ballistic missiles were fired at settlements in the Odesa region: there are wounded. Another missile strike occurred in Poltava.
3. The occupiers kidnapped the mayor of Kakhovka Vitaly Nemerts, threatening him with weapons.
4. The Russian invaders steal Ukrainian humanitarian aid arriving from Zaporizhzhya to Melitopol.
5. The number of people killed in the missile strike on the Mykolayiv Regional State Administration reached 35.
Russia is a terrorist state: it continues destroying Ukrainian cities and killing civilians. Speak out against Putin’s abominable war. Bring this war criminal and his accomplices to trial in The Hague.