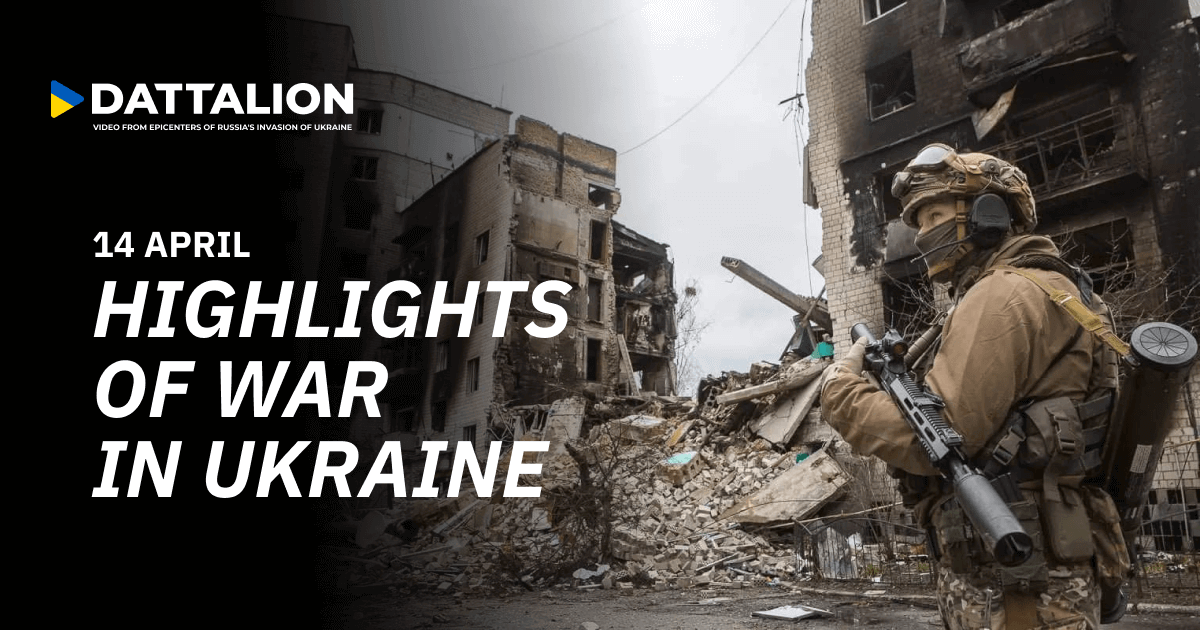 1. Russia’s Black Sea flagship ‘Moskva’ has sunk. On April 13, it was struck by two Ukrainian ‘Neptune’ missiles. Russia confirmed the loss of the warship claiming, however, that it had sunk due to a fire of unspecified origin.
2. Russian forces robbed the Post Office in the temporarily occupied Melitopol, stealing the funds intended for retirement and other social security payments.

3. Nearly 95% of all buildings have been destroyed in the besieged Mariupol, which was home to over 500,000 people before the war.

4. In the occupied Kherson, Russian troops have created torture chambers analogous to the infamous “Isolation” prison, which has been in operation in the occupied Donetsk since 2014. Pro-Ukrainian activists continue to be abducted in the region.

5. Brovary, Kyiv region: 6 more bodies of civilians with gun wounds to the head and signs of torture have been found in a basement. Supposedly, one of the men attempted to save local women from getting raped by Russian soldiers.