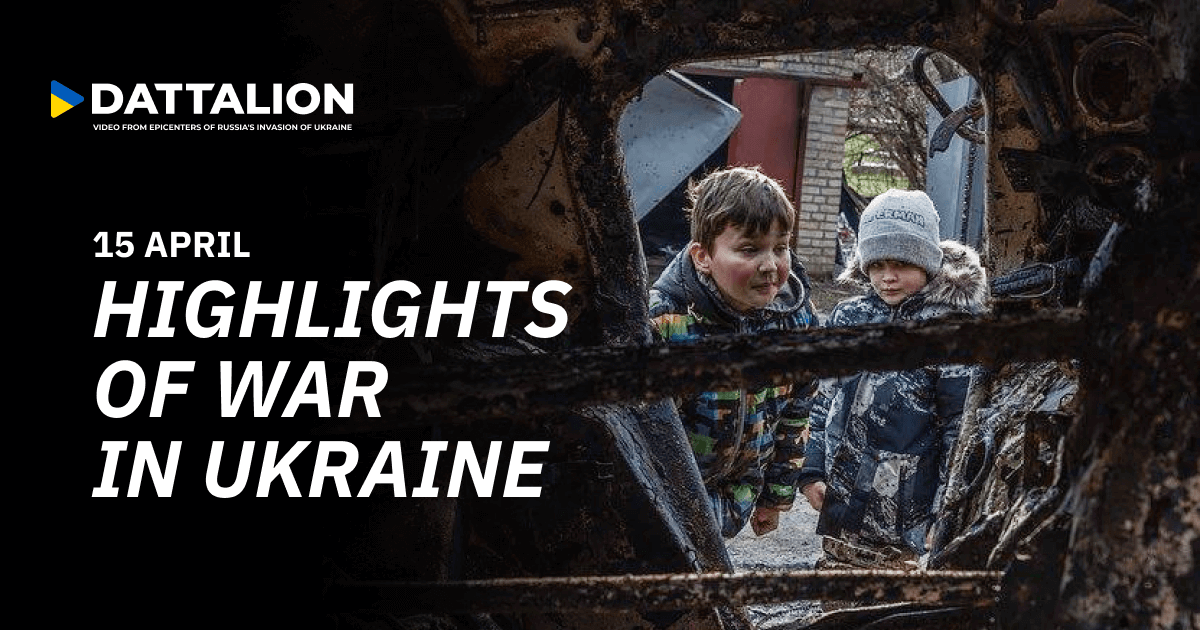 1. The occupiers shelled evacuation buses in the Kharkiv region: 7 people died, 27 were wounded. Also, in Kharkiv a residential neighborhood was attacked. Ten people were killed, including a 7-month-old baby; 35 people, including 9 children, were wounded.

2. According to the Kyiv Region Chief of National Police, over 900 bodies of civilians murdered by Russian troops had been found in the region as of April 15.

3. Residential buildings and a post office in the Mykolayiv region were shelled with cluster munition: 5 dead, 15 wounded.

5. An airfield in Oleksandriya, Kirovohrad region, was destroyed as a result of a missile attack.