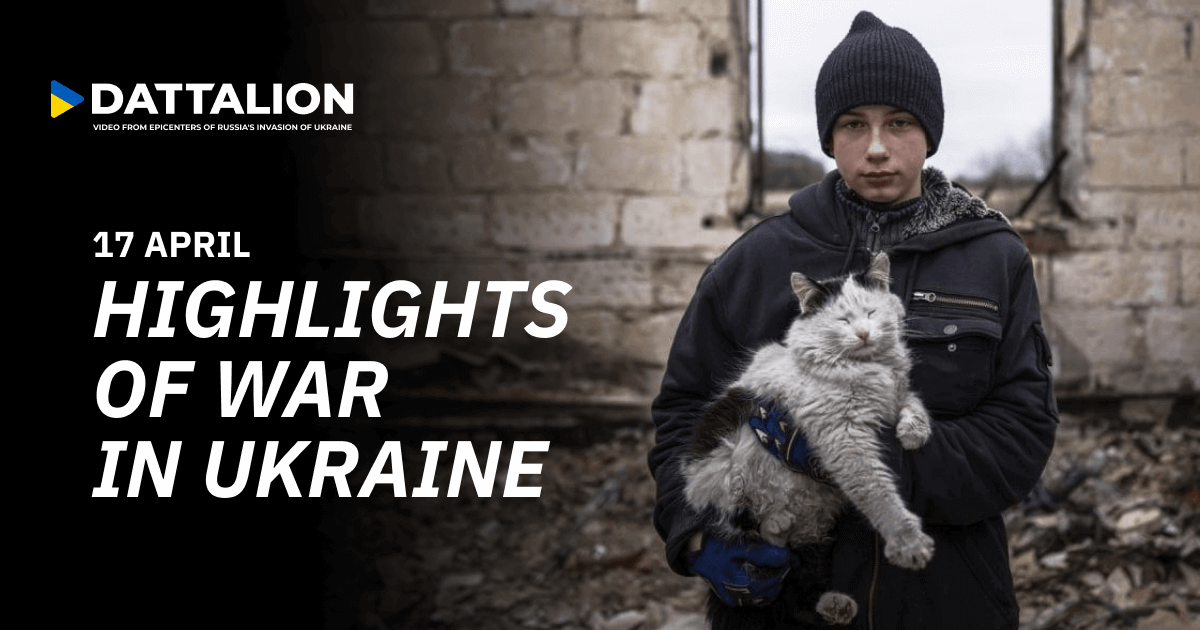 1. Kharkiv region. A Russian missile destroyed World Central Kitchen in Kharkiv: there are wounded. Also, several residential neighborhoods and civilian facilities were shelled in the city: at least 18 dead, over 30 wounded.

2. Luhansk region. Evacuation from Lysychansk was disrupted due to constant shelling. The Cathedral of Christ’s Nativity in Sievierodonetsk and the towns of Kreminna and Novodruzhesk were shelled from heavy artillery weapons on Palm Sunday.

3. Donetsk region and Mariupol. Over 100,000 residents are trapped in the besieged Mariupol without water, food or medical assistance. Survivors are suffering from unsanitary conditions and infectious diseases.

4. Kherson region. Satellite images reveal that at least 824 new graves emerged in the city cemetery in Kherson between February 28 and April 15.

5. Kyiv region. Russian forces carried out a missile strike on Brovary. Also, new evidence emerged that Russian invaders had raped not only women and children but also men. A male guard at a resort facility in Vorzel died as a result of sustained injuries.