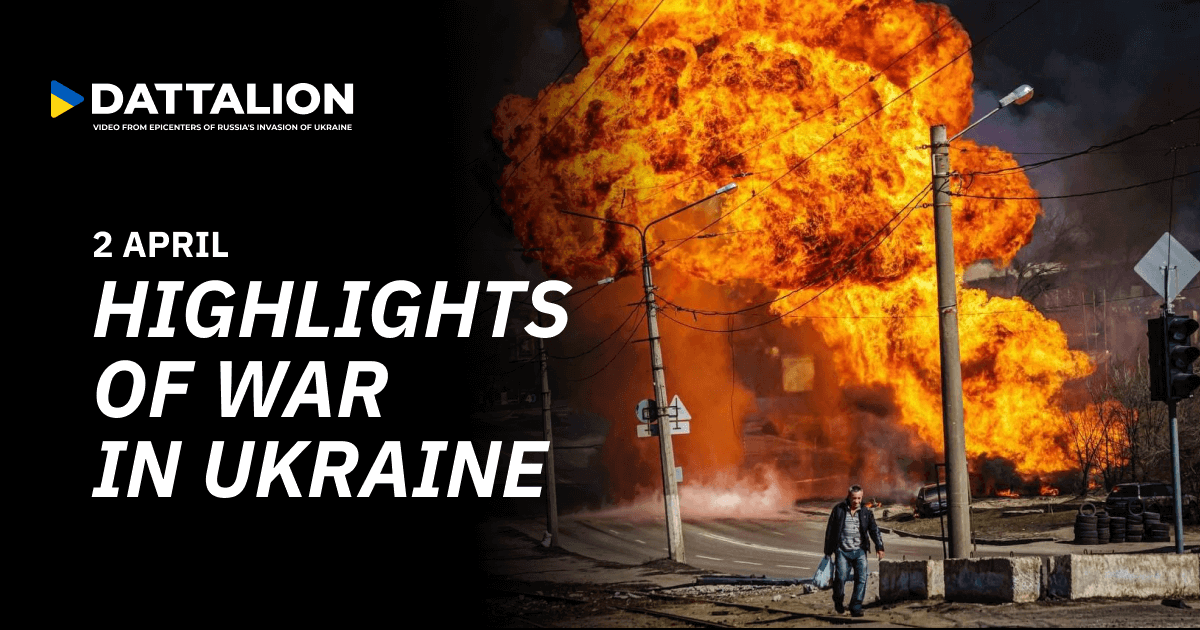 1. The naked bodies of five women were found on the side of the road 20 km outside of Kyiv. After raping and torturing the women, Russian war criminals killed them, doused with gasoline and attempted to burn the bodies.
2. Nearly 300 murdered civilians were discovered in a mass grave in Bucha near Kyiv. Their bodies cannot be extracted and passed to the relatives, as the city of Bucha is heavily mined.
3. Ukrainian top-ranked photographer Max Levin, who had been documenting the war in Ukraine for many leading international media outlets, was found dead. He was killed by a Russian bullet.
4. Overnight, the Russian occupants carried out a missile strike on the Dnipropetrovsk region, hitting an infrastructure facility in Dnipro City. Another missile hit the Pavlohrad railroad: the tracks, contact networks and trains are badly damaged. The invaders also shelled the outskirts of Kryvyy Rih from multiple-launch rocket systems. Three people were injured.
5. There was a missile attack on the Poltava region: civilian infrastructure facilities and residential buildings were damaged. Kremenchuk oil refinery plant was also hit and currently is not operational.
6. A hospital in Balakliya was shelled: 70 patients and medical staff require evacuation.

Russia has crossed all red lines of humaneness, truth, civility, and common sense. It is fighting a war against the Ukrainian people with rapes and tortures, not just with missiles and heavy artillery. These horrors will be on your doorstep tomorrow if you do not ACT NOW to support Ukraine. Stop the genocide of the Ukrainian people!