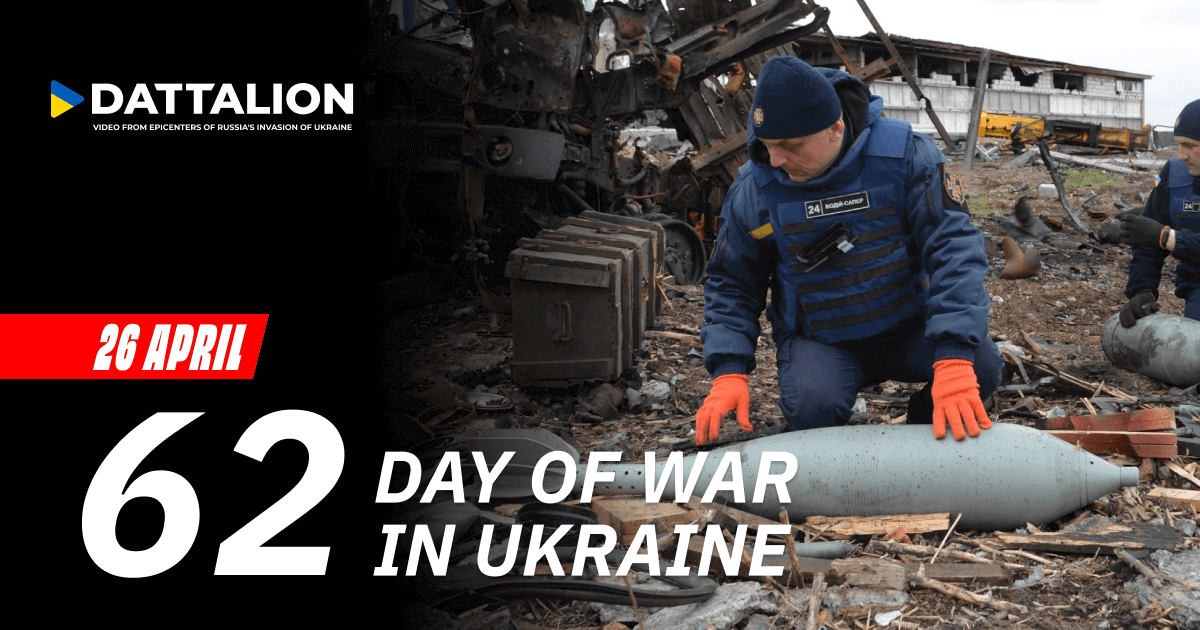 1. Donetsk region. In the early hours, russian invaders carried out 35 airstrikes on the Azovstal steel plant in Mariupol: civilians are trapped under the rubble. Also in Mariupol, local male residents are not distributed any food unless they agree to work for the occupiers, disposing of bodies and digging mass graves.

3. Luhansk region. In Rubizhne, russian occupiers kidnap children and then blackmail their mothers, threatening to shoot the children unless the women agree to spy on the Ukrainian Armed Forces.

4. Kharkiv region. As a result of russian shelling, 3 people died and 7 were wounded in Kharkiv. In the region, 5 more civilians were wounded during shelling.

5. Odesa region. Russian forces carried out a missile attack, damaging a major bridge across the Dnistro Inlet near the city of Odesa.

6. Across Ukraine, 868 settlements are currently without power due to russia’s aggression, with nearly 702,000 residents affected.

Russia has violated all provisions of humanitarian law. It is a terrorist state. Arm Ukraine NOW to defend freedom!