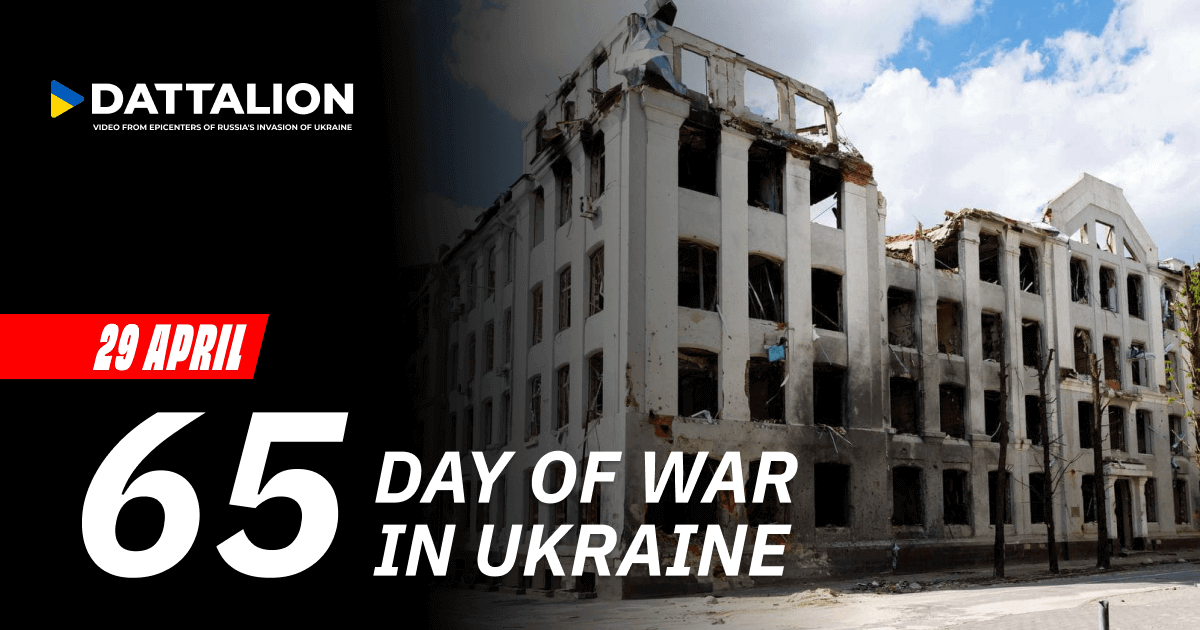 1. Kharkiv region. In one day, Kharkiv was shelled 16 times from Grad and Smerch multiple launch rocket systems, with one civilian killed and 5 injured.

2. Dnipro region. Russian occupiers shelled the town of Zelenodolsk for the sixth time from heavy artillery weapons. Several other settlements in the region were hit with Grad rockets.

3. Sumy region. Russia continued attacking the region from across the border: in one day, several unguided missiles and over 30 mortar shells were fired at Ukrainian villages.

4. Donetsk region. In Mariupol, as a result of russian aerial strikes, the number of wounded servicemen in the Azovstal field hospital increased from 170 to 600. In the region, due to russia’s aggression, 2 people died and 4 were wounded.

5. Luhansk region. A van carrying humanitarian aid was shelled. Due to russian attacks across the region, 1 civilian died and 3 sustained injuries.

6. Kyiv region. A new mass grave containing 26 bodies was found in the Kyiv region. The official death toll of civilians killed by russian forces during occupation has reached 1,187, with 200 more civilians still missing.

7. Also, according to Ukraine’s ombudswoman, the occupiers force students in the Donetsk and Luhansk regions to give blood for wounded russian soldiers: 700 cases of forced blood donation have been reported.

Russia has violated all the provisions of international humanitarian law. Arm Ukraine NOW to defend freedom!