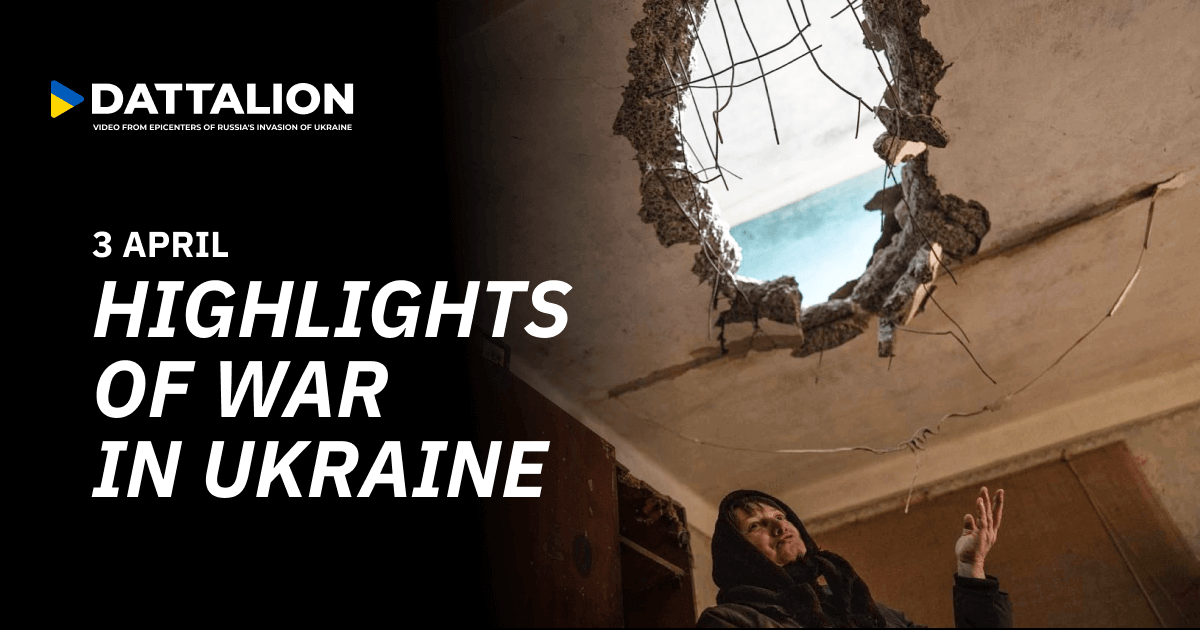 1. Mass killings, rape of women and underaged girls, cruel torture in Bucha, Irpin, Vorzel and other Ukrainian cities shook and shocked the world after the Ukrainian army walked into these areas and revealed the crimes. Over 400 bodies of civilians were transferred for examination and documenting by the Ukrainian prosecutors. Russia carries out planned genocide against Ukrainian civilians.
2. While trying to leave Mariupol, the Russian occupiers killed Lithuanian director Mantas Kvedaravičius, who is the author of the documentary Mariupolis.
3. First air bombings in Odesa by the Russian occupants on Sunday morning.
4. In Kharkiv region, the Russian occupants shelled the buses evacuating patients and medical workers of the Balaklia central hospital – the bus driver was killed.
5. The occupants hit the surgical department of the hospital in Rubizhne, Luhansk region – one person was killed. In addition, the shelling of Lysychansk and Novodruzhsk resulted in three more casualties.

The deliberate massacre performed by Russia is way beyond any imaginary redline. The terror faced by Ukrainian people is unbearable and unprecedented. Close the sky! Help Ukraine!