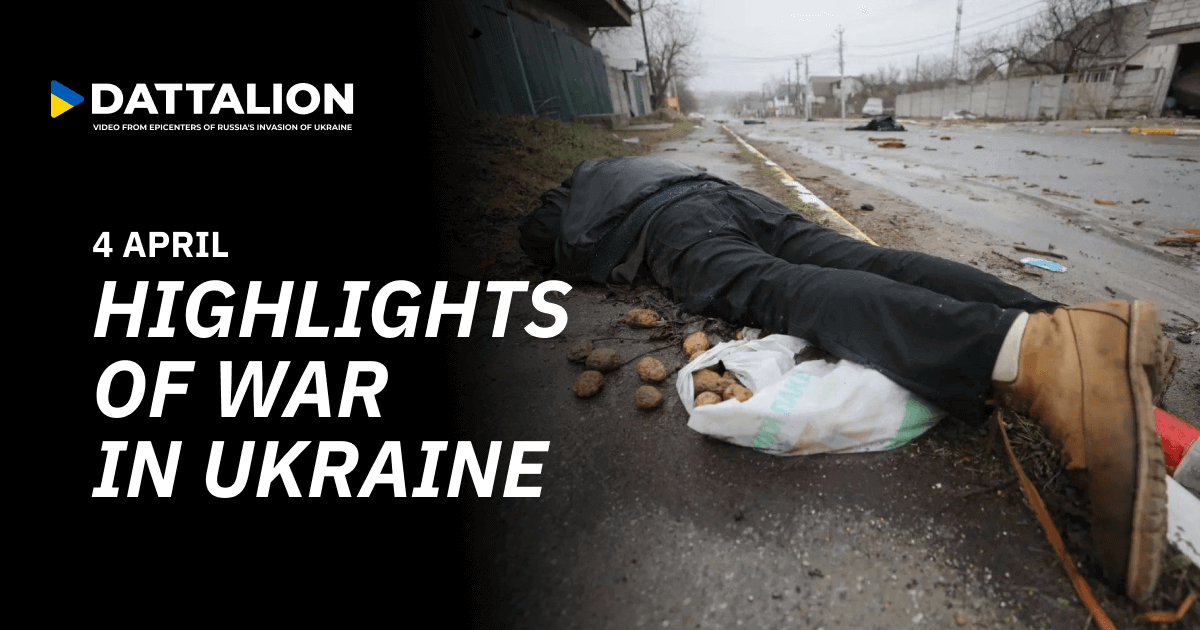 1. Seven people were killed and 20 wounded as a result of the Russian shelling of Ochakov in Mykolayiv region. The city of Mykolayiv was shelled with cassette shells. 10 people were killed, 46 were wounded.
2. In Luhansk Region two volunteers who had been distributing humanitarian aid to local residents were killed during a mortar attack in Novodruzhsk. The occupants also shelled a church – two priests were wounded.
3. On the evening of April 3, the occupants shelled Ternopil for the first time since the beginning of the Russian invasion. The Armed Forces of Ukraine neutralized the threat, but the fragments of the airbomb affected critical infrastructure.

How many more lives should be lost as a result of the Russian invasion? How much more evidence of the Russian army’s atrocities is needed for the world community to take this into account and start acting? How many deaths of innocent children will be needed? Please, do not remain silent. Speak up. Share the truth.