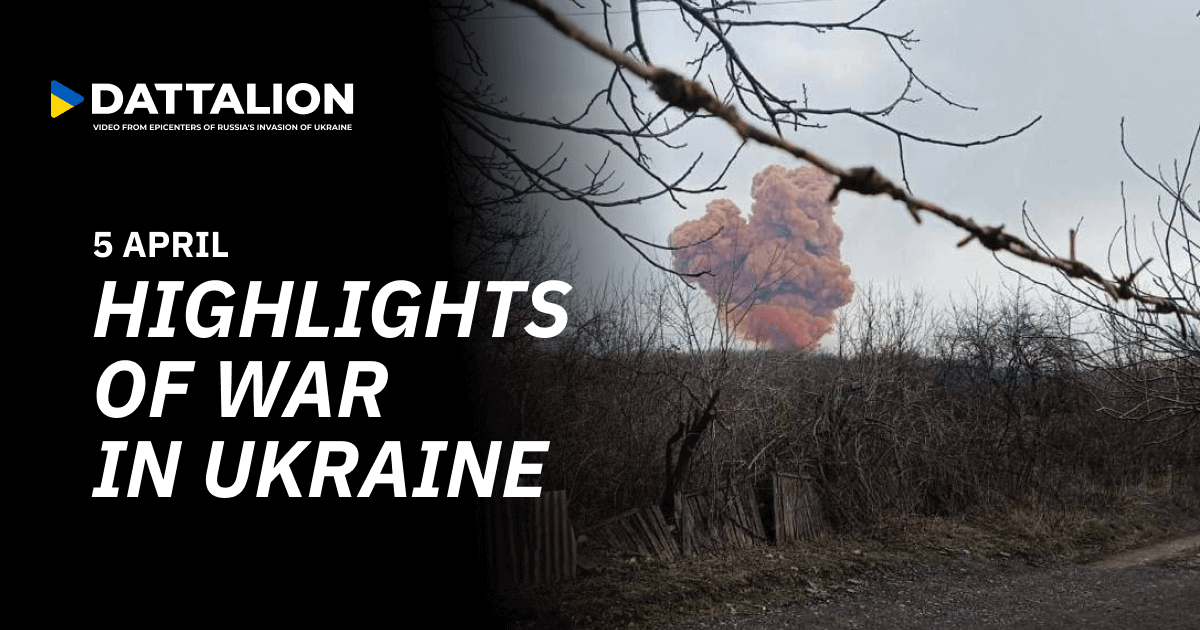 1. Dnipropetrovsk region, the Russian military forces fired from the air at an oil depot, destroying it. Also hit the plant, which led to a large-scale fire. Rescue workers on the ground are fighting fire and dealing with the effects of destruction.

2. The Russian occupants are preparing for a large-scale provocation in Mariupol, to blame Ukraine for the murder of civilians. According to special services, the Russians want to turn the public’s attention away from Bucha and have created fake scenarios about alleged Ukrainian atrocities. They plan to collect in one place the bodies of Mariupol residents killed by the Russians and present them as mass victims of the Ukrainian forces.

3. Three tortured civilians were already found in the Konotopsk district of the Sumy region. Russian occupants do not take away even corpses of their own servicemen.

4. Russian troops have hit a nitric acid tank in the city of Rubizhne, Luhansk Region. Nitric acid is dangerous when inhaled, swallowed, and in contact with skin and mucous membranes. The weak poisoning may cause bronchitis, mild bronchiolitis, dizziness, and drowsiness. More severe poisoning may lead to pulmonary edema and eventually death.

5. The Russian servicemen who killed and tortured people in Bucha are being returned to the front line of Ukraine again. This may indicate that they have a “special task” – they can repeat the atrocities of genocide in other cities.

Russians continue to murder Ukrainian children and people. If that is not a crossed red line, then what is?

Help us spread the truth. Demand to close the sky NOW! As long as you wait — innocent children continue to die.