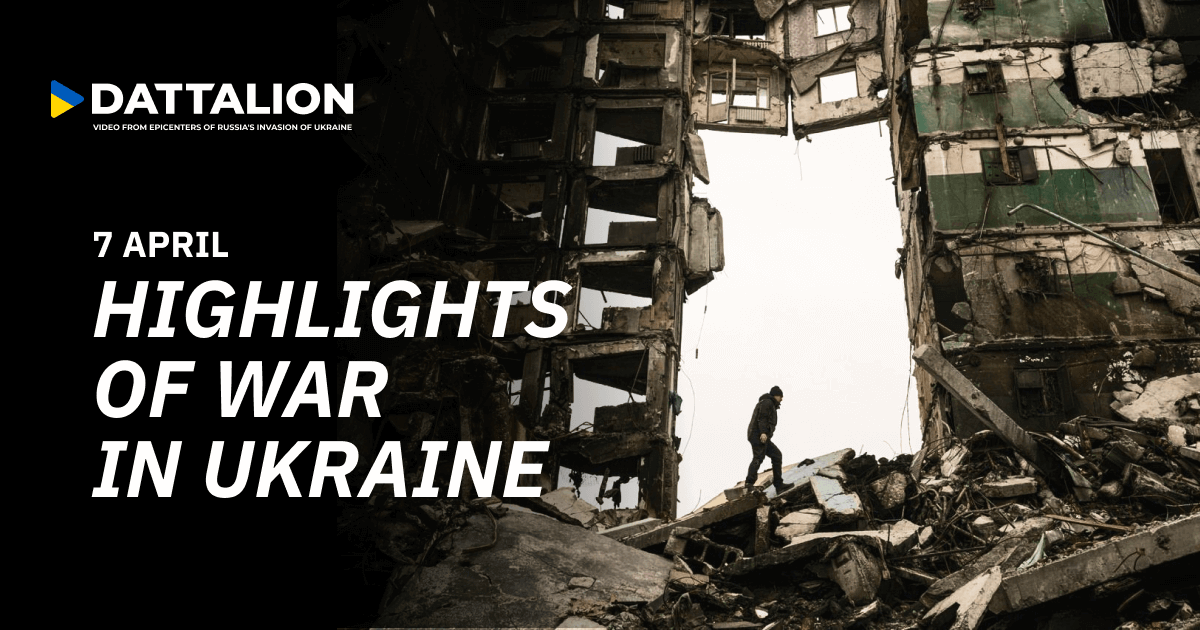 1.In Borodyanka, near Kyiv, 26 bodies were pulled from the rubble of two bombed-out residential buildings. The Russian army carried out airstrikes in the evening when most people were at home.
2. More than 90% of civilian victims in Bucha had bullet wounds, not shrapnel. Several mass graves were unearthed, including one in a children’s summer camp. As of April 7, at least 320 bodies of civilian victims had been found in Bucha. More bodies of civilians are discovered every day.
3. In the Luhansk region, Russian troops shelled a hospital in Sievierodonetsk and residential buildings in Lysychansk, Novodruzhesk, and Toshkivka.
4.The invaders have started kidnapping Ukrainian civilians in order to pass them off as prisoners of war for the Russian propaganda media.
5.Over the past 24 hours, Kharkiv and the surrounding region were shelled nearly 50 times from multiple launch rocket systems. Three people were killed in Balakliya.Russia has crossed all redlines of humaneness, truth, civility and common sense. It is a terrorist state, which will come to your doorstep tomorrow, if you do not ACT NOW. Ask your governments for more weapons for Ukraine.