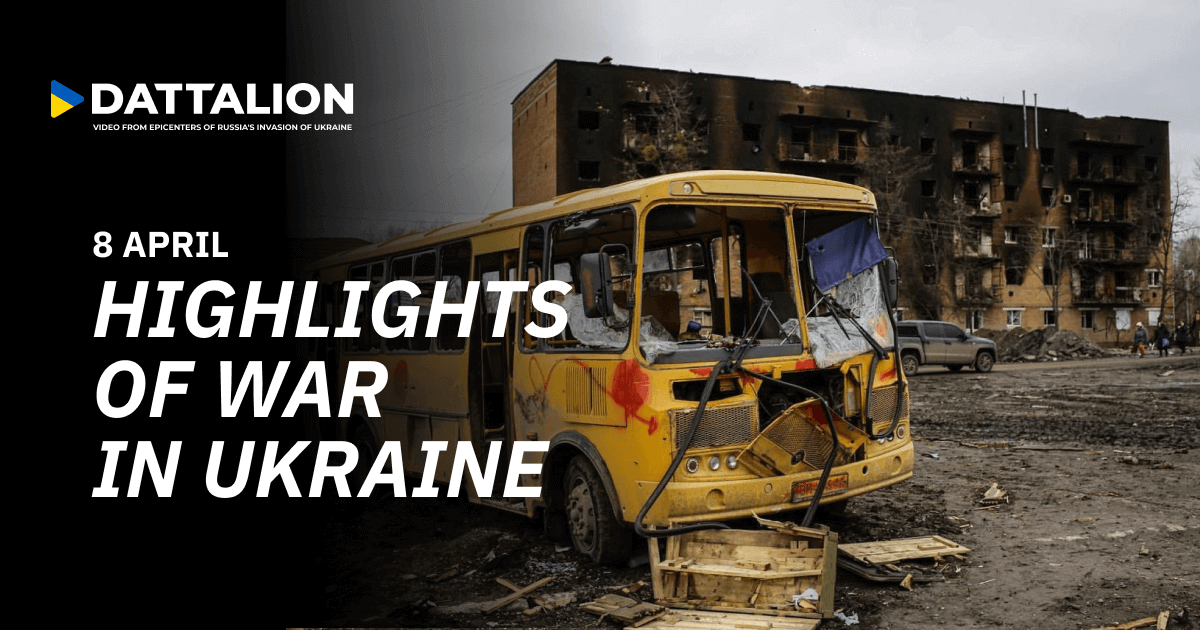 1. In the Kharkiv region, Russian invaders killed three local residents. To conceal their atrocities, the soldiers covered the bodies with car tires and set them on fire.
2. The death toll in the Kramatorsk train station missile attack has reached 52 people, including 5 children.
3. In Makarov, Kyiv region, the bodies of 132 civilians shot by the Russian army have been found.
4. Ukraine’s Minister of Foreign Affairs stated that Russia’s unjustified aggression and atrocities shatter the very basics of the Helsinki Final Act. Thus, Russia’s participation in the Organization for Security and Co-operation in Europe (OSCE) should be suspended.
5. As a result of a missile strike from the sea, infrastructure facilities in the Odesa region were damaged.

Not having the strength and courage to oppose us on the battlefield, the Russian army cynically exterminates Ukraine’s civilian population. Help us put an end to putin’s evil plans. Ask your governments to give us more weapons.