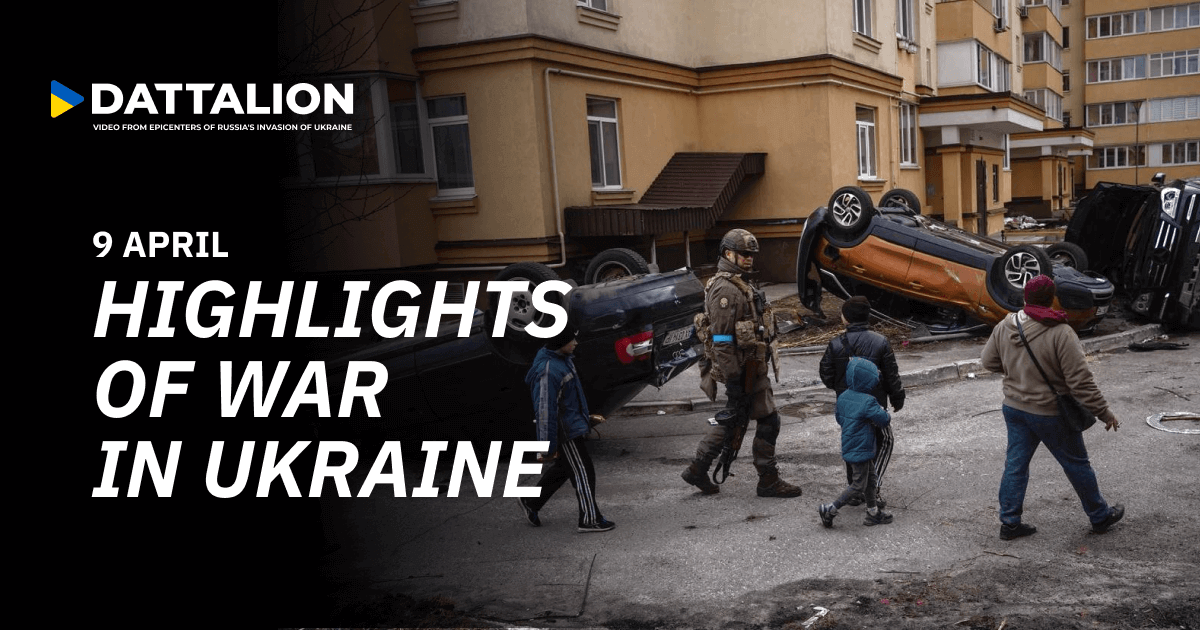 1. In the Donetsk region, 6 civilians died as a result of Russian shelling. According to local officials, the figure is expected to rise.
2. Over the course of 24 hours, there were 7 missile attacks on the Mykolaiv region.
3. The liberated villages in the Kharkiv region provide evidence of atrocities committed by the Russian army against civilians which is as gruesome as that of Bucha and Borodianka.
4. Kharkiv Mayor confirms that the Russian army has been dropping parachute bombs on the city for several days.
5. Near Rubizhne, Luhansk region, the occupiers targeted the second tanker with nitric acid within a week. Exposure to this chemical can be extremely hazardous.
6. A Russian missile hit civilian infrastructure facilities in Myrhorod, Poltava region: two people were injured.

Attacks on civilians violate international humanitarian law and are classified as war crimes. Help us stop Russia’s aggression by asking your governments for more weapons for Ukraine. Do not remain silent!