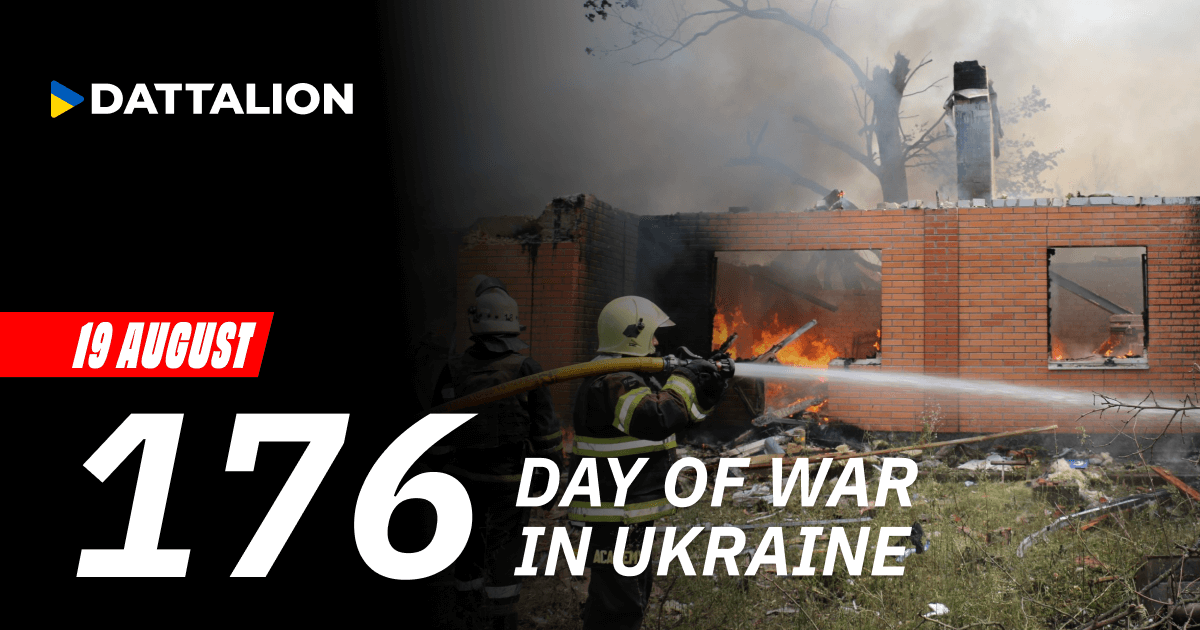 1. Kharkiv region. The russian troops shelled the Kyivskyi, Osnov‘ianskyi, and Nemyshlianskyi districts of Kharkiv. One residential building was hit, but there were no casualties reported. One infrastructure object was damaged. Reportedly, due to the rocket attacks on Kharkiv on August 17-18, at least 21 people were killed and 44 injured.

2. Mykolaiv region. The occupiers shelled Mykolaiv again. Information about the victims is being clarified.

3. Dnipropetrovsk region. The army of invaders carried out artillery shelling of the center of Nikopol. Residential high-rise buildings, shops, an educational institution, an administrative facility, and a bank were damaged.

Russia is perpetrating genocide against the Ukrainian people. Ukraine needs more heavy weapons to stop the war and save more lives. Spread the truth!