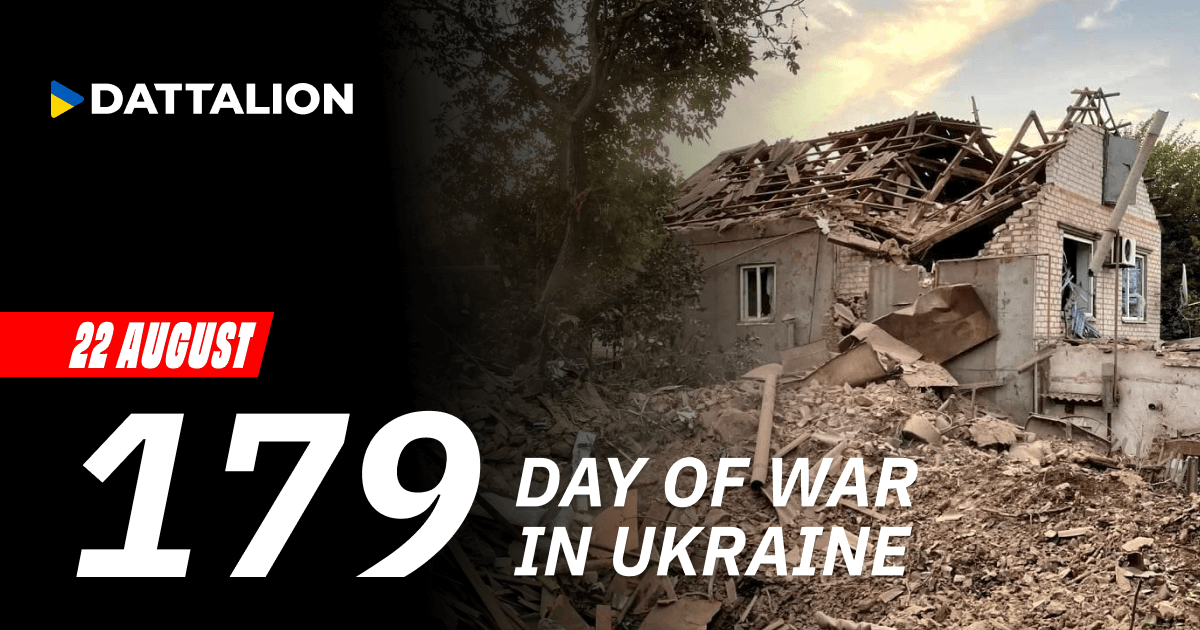 1. Kharkiv region. At night, the russian troops carried out a rocket attack in the Kyivskyi district. An infrastructural facility was damaged, and a two-story building was destroyed. There is currently no information about the victims.

In Zolochev, a woman, 84, was injured due to a Grad MRLs attack. Three houses and several outbuildings were damaged.

2. Dnipropetrovsk region. The occupiers fired 42 rockets from Grad MRLs at Nikopol, injuring 4 people. Two houses were destroyed and almost 50 were damaged, including a kindergarten, shops, pharmacies, markets, a court building, and a bus station. The shelling caused five fires.

The russian troops conducted a missile attack on the Synelnykivskyi district, destroying an agricultural enterprise, a school, and a cultural building.

3. Mykolayiv region. Mykolayiv was shelled again. One missile landed on the territory of an enterprise. There were no casualties or severe damage. Another attack damaged 10 houses in the Bashtanskyi district, and one child was moderately injured.

4. Odesa region. The russian aircraft Su-35 fired a Kh-59 missile, damaging an infrastructure object. Later it was reported that the granary was destroyed.

5. Zaporizhzhia region. In Enerhodar, the occupiers shelled the largest Ukrainian thermal power plant with a mortar. The central heating point was damaged.