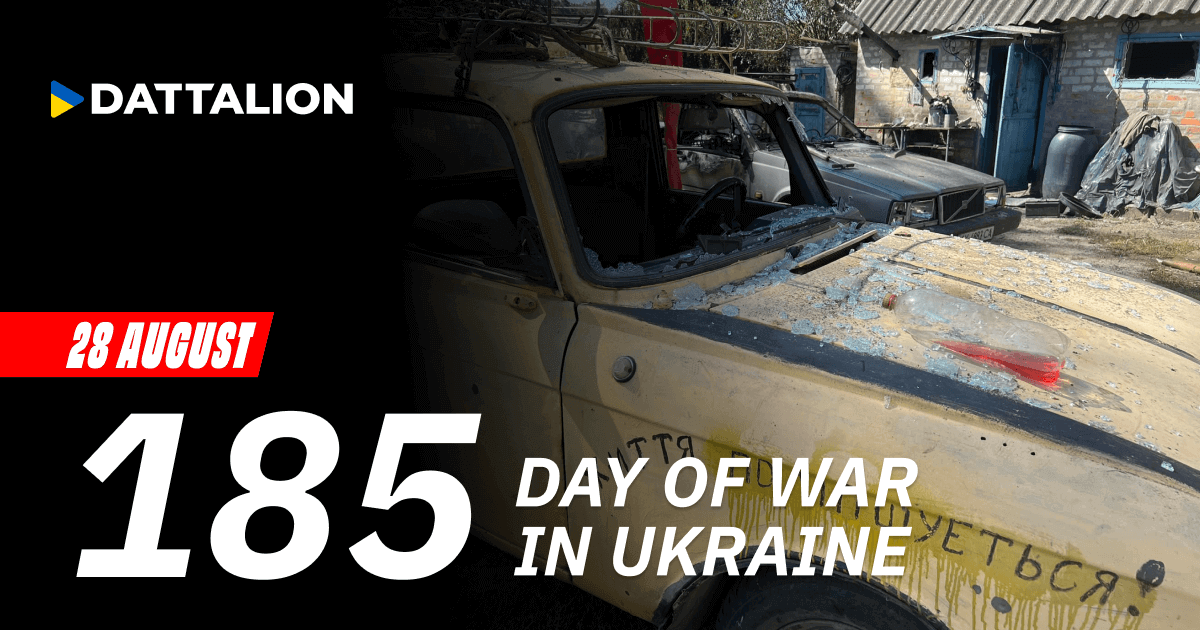 1. Zaporizhzhia region. The russian troops shelled the occupied Kamianka village. A residential building was hit, and five people were killed, including a mother and her two children, 2 and 8. There may still be people under the rubble.

The occupiers continued to shell the site of the captured Zaporizhzhia NPP. Currently, the power plant is operating with the risk of violating radiation and fire safety standards.

The russians shelled two neighborhoods in Enerhodar. As a result of the shelling, there were fires. It was reported that one of the apartments of the building was hit. Information about the victims and the scale of the destruction is still being clarified.

2. Sumy region. During the day, the Russians fired more than 220 shells in the region. Two people were injured in the Novoslobidska community due to a mine hitting the house. In the Bilopol community, a college, a school, a kindergarten, and a post office caught fire.

3. Rivne region. The invaders hit the Sarne district with rockets. A military infrastructure facility was hit. According to preliminary information, there are no victims.

4. Kharkiv region. The invaders also shelled Kharkiv, hitting the downtown with two rockets. One administrative building was destroyed. There is currently no information about the victims.