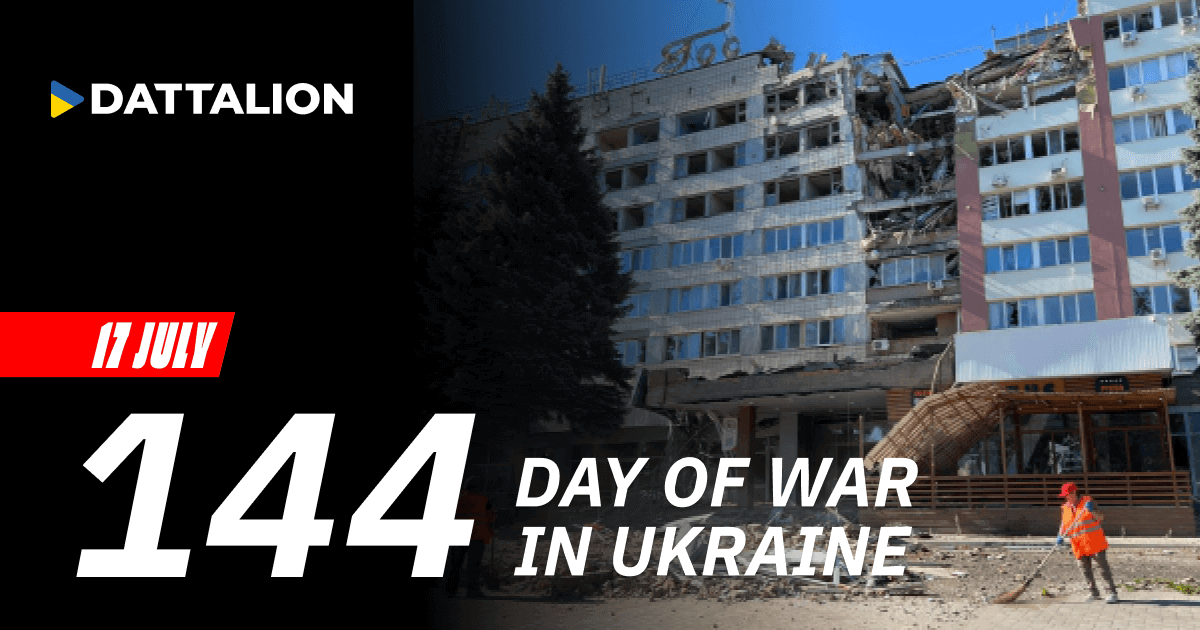 1. Odesa. The russian troops attacked Odesa with Tu-95 strategic aircraft. The missile hit a warehouse of a manufacturing company with a missile. A fire broke out in an area of ​​1000 square meters.

2. Dnipropetrovsk region. Russian troops shelled the residential quarters of Nikopol, using Grad MRLs. Rescuers retrieved the bodies of two dead people from under the rubble, one woman has been hospitalized.

3. Vinnytsia. The number of victims as a result of the Russian missile attack on Vinnytsia has increased to 24: one more woman died in the hospital. Four people remain missing.

4. Cherkasy region. The occupiers launched two rockets on a village in the region. Reportedly, there were no casualties. The attack destroyed agricultural machinery and injured livestock.

6. Mykolayiv region. The occupiers hit two enterprises in Mykolaiv, causing fires. The information about the victims has been clarified.