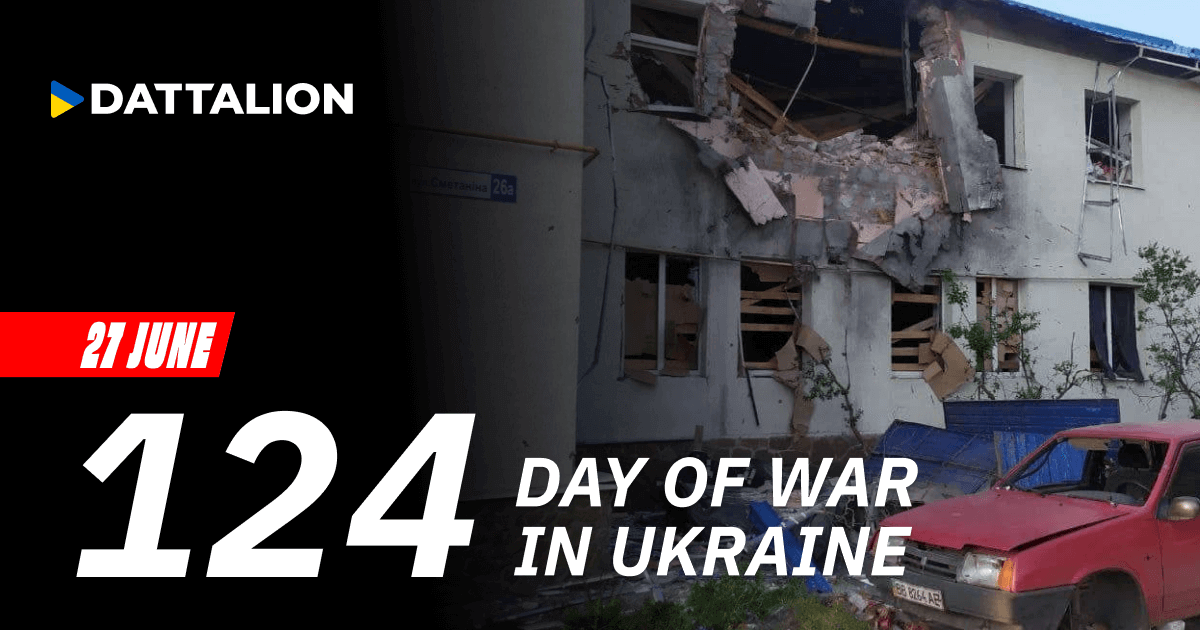 1. Sumy region. The russian troops released over 150 shells and mines, killing one person and injuring one more.
2. Odesa region. The occupiers launched a missile strike using Tu-22M strategic aircraft. Reportedly, 6 people were injured, including one child.
3. Poltava region. In Kremenchuk, the occupiers fired rockets at a shopping center with about a thousand civilians inside. At least 18 were killed and about 60 wounded.
4. Kharkiv region. The russian troops shelled Kharkiv and Saltivka. Four people were killed. The number of injured rose to 31, including five children aged 8-12.
5. Luhansk region. In Lysychansk, the occupiers fired Uragan MRLS at a crowd of people collecting water, killing at least eight people and wounding 21 others.