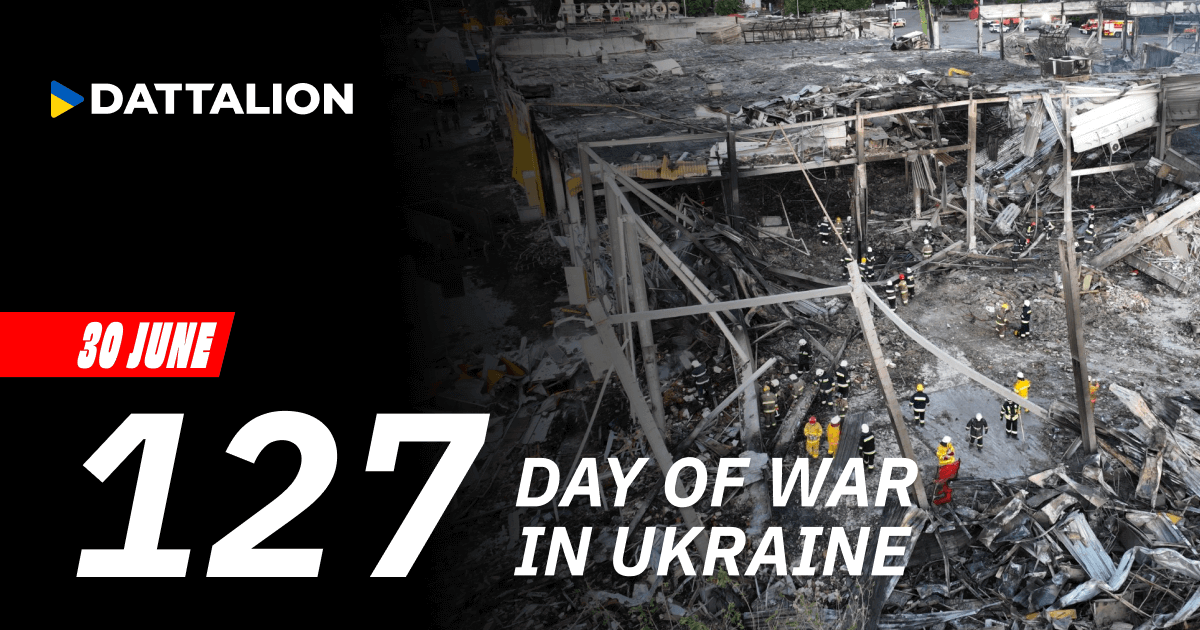 1. Dnipropetrovsk region. The occupiers shelled Velyka Kostromka village and destroyed a warehouse with 40 tons of grain in Zelenodolsk.

2. Mykolaiv region. The number of victims of a rocket attack on a residential building in Mykolaiv has increased to seven. The body of a 21-year-old girl was found under the rubble.

4. Poltava region. Rescuers found 5 more body fragments of those who died in a Russian rocket attack on the Amstor shopping center in Kremenchuk. A total of 22 body fragments were found. The victims will be identified by DNA.