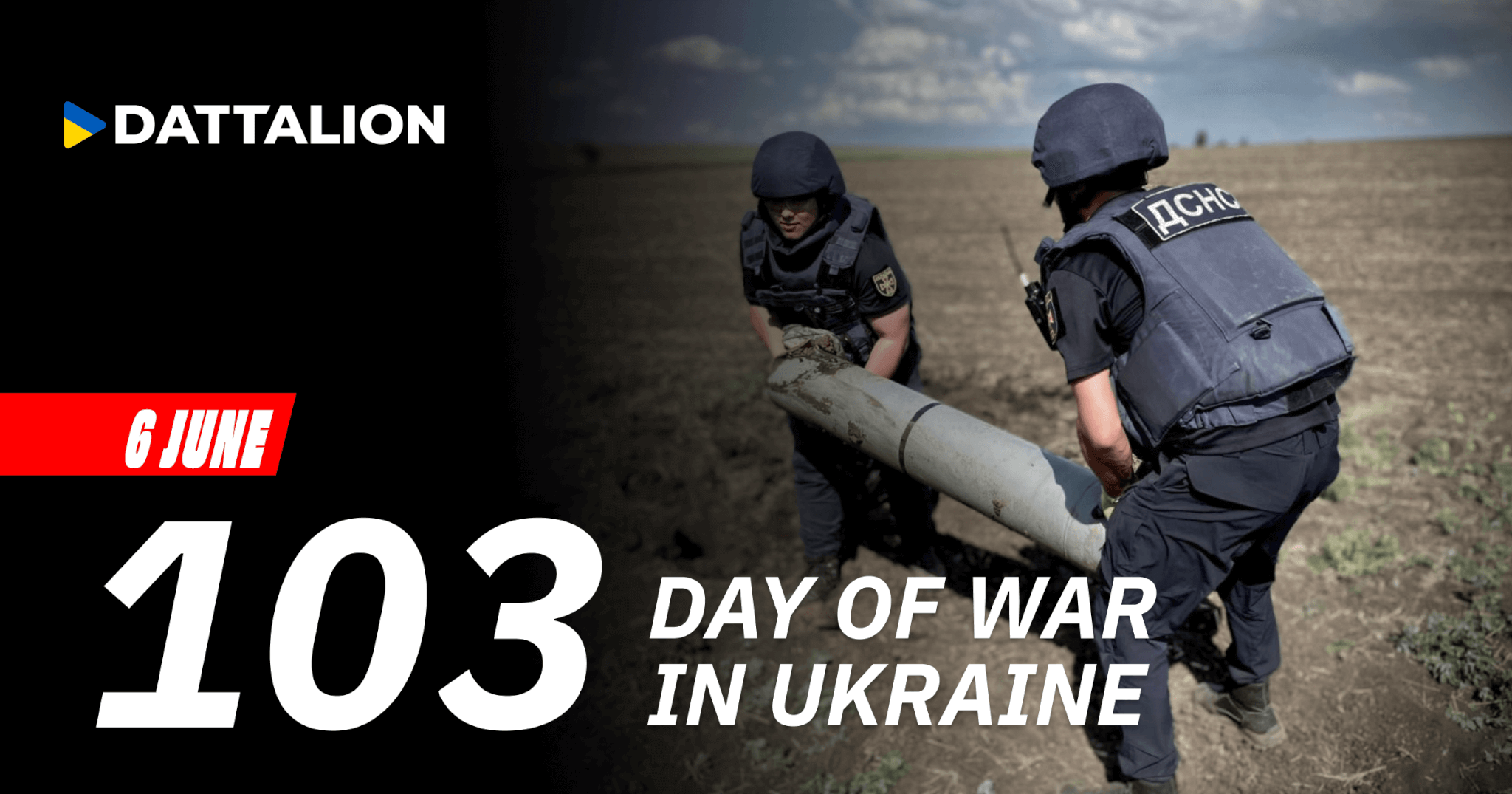 1. Ukrainian Armed Forces shot down an enemy missile in the sky over the Poltava region.

3. The situation in the Luhansk region has deteriorated. The number of shelling in Sievierodonetsk and Lysychansk has increased tenfold. The severe ground battles go on.

4. Russians killed 32 journalists in 103 days of the war in Ukraine. Eleven of them became accidental victims, 13 died serving in the Ukrainian Armed Forces, and 8 died documenting the war.

5. Donetsk was heavily shelled. A fire broke out in the city center. In the last 5 days, Donetsk has suffered more destruction than in the past 8 years.