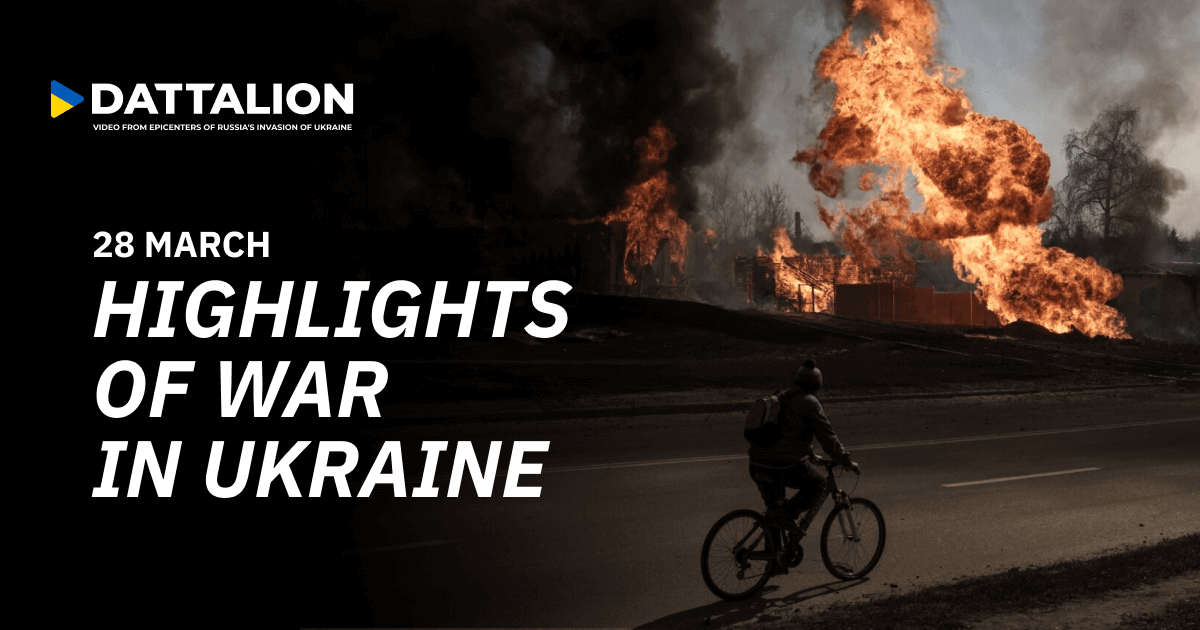 1. In Sumy, Russian soldiers deliberately ran over a family of pedestrians: a 15-year-old child was injured while his father died in the hospital.
2. The Russian military tortured a man in the town of Trostyanets in the Sumy region. The victim’s body was found in a garage after the city was liberated from the occupants.
3. President Zelensky stated that the Russian occupants had killed some kidnapped mayors of Ukrainian cities.
4. The missile attack on the oil depot in Lutsk was launched from the territory of Belarus.
5. Over the past 24 hours, the occupants struck the Kharkiv region 59 times with shells and missiles. The settlements of Saltivka, Oleksiyivka, P’yatykhatky, Chuhuyiv, and Dergachy were effected the most. Russia deliberately bombs civilians: it is a terrorist country.

Ukraine needs more arms. Ukraine needs to close the sky over it. Ukraine needs full support of the free democratic states, but some of their governments are still hesitant, trying to have it both ways. Russia has crossed all redlines of humaneness, truth, civility and common sense. It is a terrorist state, which will be on your doorstep tomorrow, if you do not ACT NOW to support Ukraine.