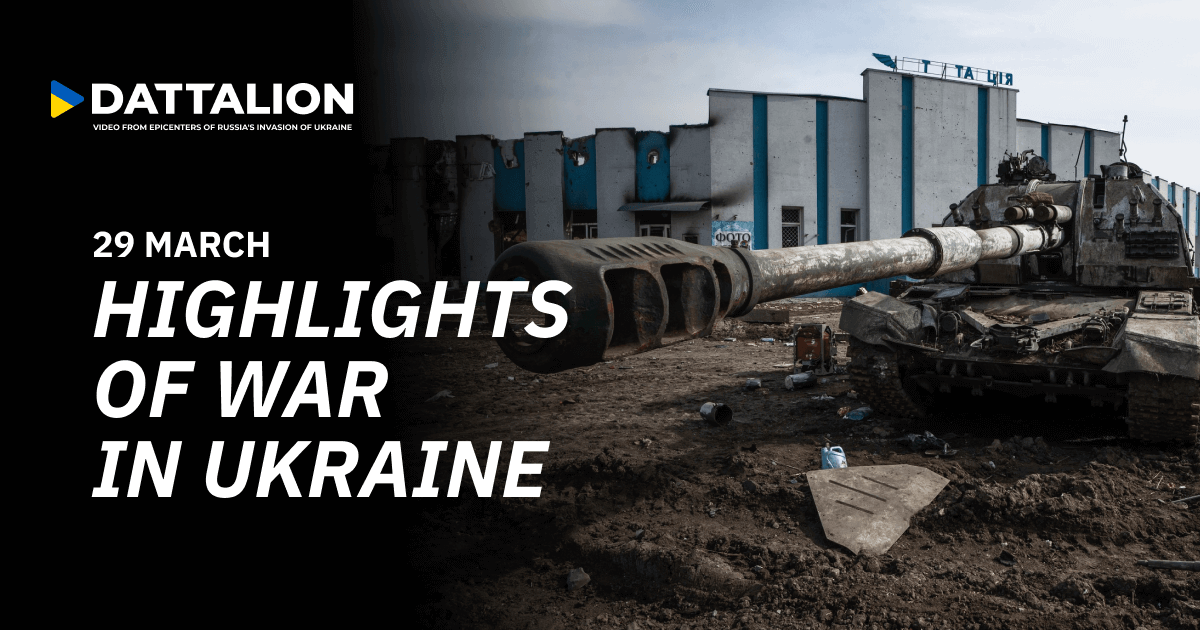 1. In Mykolaiv, the Russian army carried out a missile strike on the building of the Regional State Administration at about 9:30 a.m. just as employees were reaching their offices in the morning: 12 people were killed and 33 were injured. Earlier that morning, the occupants shelled another nine-story administrative building in Mykolaiv: 9 people were killed.
2. Fuel depots were destroyed due to a Russian missile strike on an airfield in Starokostyantyniv in the Khmelnytsky region.
3. The Russian occupants killed the mayor of Hola Prystan in the Kherson region. The Office of the Prosecutor General initiated criminal proceedings against the invaders.
4. In the 29 days of the siege of Mariupol, at least 5,000 civilians have been killed; another 170,000 civilian residents remain trapped in the city with no access to food, water or medicine.
5. Chernihiv is continuously shelled and bombed by the Russian barbarians. At least 350 civilians have been killed and 400 injured in the city since Feb.24.

Democracies of the world, where do you draw your redlines? How many deaths, rapes, and bombings should happen before you DO MORE? The help Ukraine is getting now is considerable, but the terror it is dealing with is unbearable and unprecedented. Close the sky! Help Ukraine!