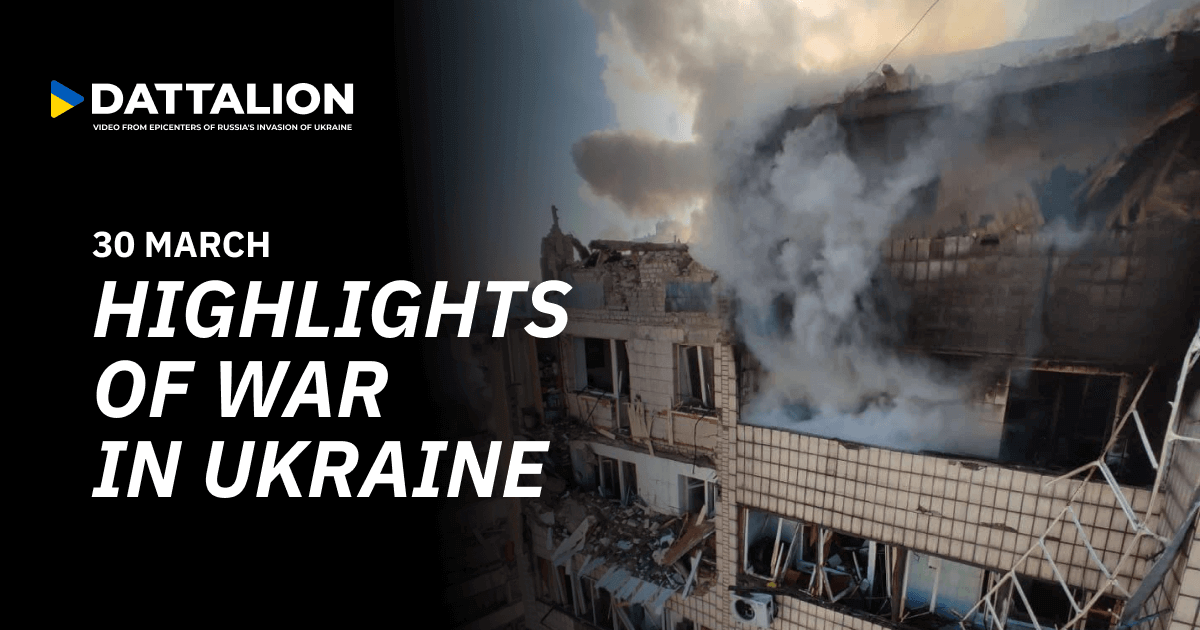 1. The Ministry of Defense of Ukraine reported that Russian occupants had been taking turns raping a woman in front of her 6-year-old son in Mariupol for several days. She died of wounds.
2. The Russian troops dropped phosphorus bombs, banned by international law, on civilian areas again: Maryinka in the Donetsk region was targeted. Phosphorus bombs cause uncontrollable fires which burn at 2372 degrees Fahrenheit and lead to severe injuries.
3. At approximately 6:30 a.m., the Russians shelled a residential neighborhood in Lysychansk. Two adults and one toddler died. Five people were injured.
4. The number of deaths caused by the missile strike on the Mykolaiv Regional State Administration building reached nineteen.
5. On the night of March 30, the occupants shelled a market, library and shopping center in downtown Chernihiv. The shelling took place right after the Russians stated that the intensity of combat operations in the vicinity of Kyiv and Chernihiv had been reduced.

Russia is a rapist, terrorist, robber and liar. The rules-based international system proves to be very fragile in the face of Russia’s barbaric misdeeds. Democracies of the world, we cannot allow one terrorist state to undermine and ruin the values of civility, freedom and humaneness. You have to speak up.