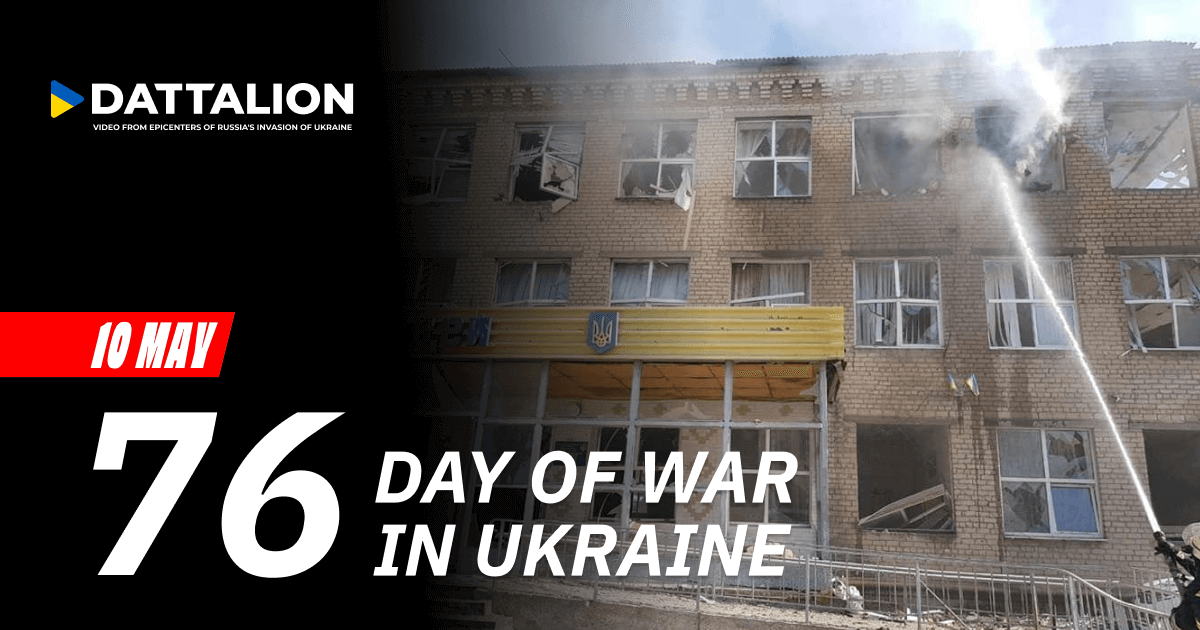 1. Luhansk region. In the village of Shypilove, bombarded by the russians three days ago, 11 people remain under the rubble. The police have not been able to conduct a search and rescue operation due to constant shelling. Also in the Luhansk region, the russian occupiers destroyed a major gas pipeline, leaving 15,000 residents of Sievierodonetsk without gas.

2. Donetsk region. In the course of recent aerial bombardments, Azovstal field hospital was destroyed for the second time: 11 wounded servicemen died in the attack. Conditions at the hospital are dire as combat medics lost most of their supplies.

3. Sumy and Chernihiv regions. The russians continued shelling northern regions of Ukraine from across the state border.

4. Odesa region. The Dnistro Inlet Bridge near Odesa, already damaged in previous missile strikes, was targeted for the fourth time.

Russia is perpetrating genocide against the Ukrainian people. Act NOW.