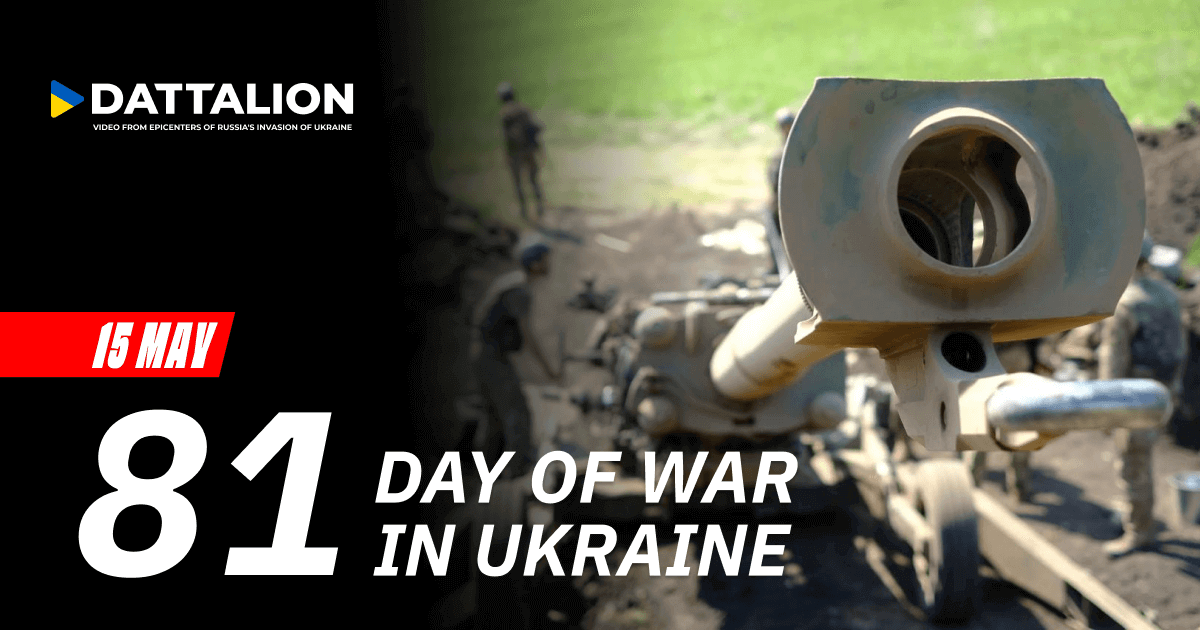 1. Donetsk region. Russian occupiers continued storming the Azovstal plant in Mariupol, resorting to aerial bombs, tanks and heavy artillery. Right after Ukraine’s win on Eurovision and the band’s plea to save Azovstal defenders and Mariupol, the russians dropped incendiary shells and phosphorus bombs on the plant in a clear gesture of retaliation, signing the weapons “Here you go, just as you asked, Kalush!” Over the weekend, a civilian evacuation convoy of nearly 1000 cars from Mariupol, stalled for three days on the occupied territories, finally reached Ukrainian-controlled Zaporizhzhia.

2. Sumy region. Northeastern territories of Ukraine were shelled by russian mortars repeatedly from across the state border over the weekend.

3. Lviv region. Russian occupiers fired four missiles at a military facility in the west of Ukraine close to the state border with Poland, completely destroying it.

4. Luhansk region. In Sievierodonetsk, the invaders carried out 11 artillery attacks on Saturday, injuring 9 civilians and damaging a hospital, chemical plant, vocational college and residential houses. The same day for the first time in a long while, 17 people, including 3 children, were evacuated from the city.

5. Zaporizhzhia region. According to the mayor of Melitopol, the occupied city’s underground resistance movement has been active, conducting 20 successful operations and liquidating over 100 russian invaders.

Ukraine is experiencing catastrophic economic damages due to russia’s military aggression, which has already started to impact the global economy. Food, energy and labor markets are in danger.