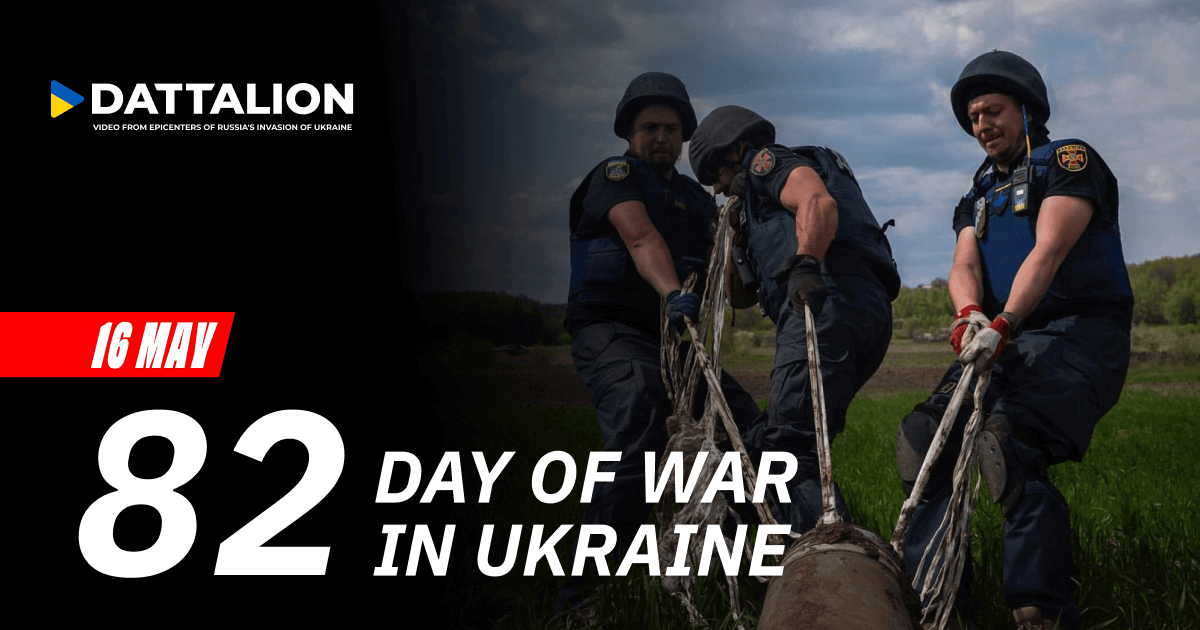 1. Donetsk region. Evacuation of the severely wounded Azov Regiment personnel from Azovstal, Mariupol, is in progress: overall, 264 Ukrainian soldiers have been evacuated to two russian-controlled towns for medical treatment and prisoner exchange. Across the region, 9 civilians were killed due to russia’s hostilities.

2. Luhansk region. Russian occupiers shelled the city of Lysychank, killing at least 10 civilians. Residential buildings and educational facilities were damaged in the attack.

3. Mykolaiv region. In the morning hours, the russians carried out a series of missile and shelling attacks on the southern city of Mykolaiv, targeting residential areas. One person sustained injuries.

4. Odesa region. In a russian missile attack on Odesa’s waterfront, four people were injured, including a child. Recreational and residential facilities were heavily damaged.

5. Kherson region. The temporarily occupied Kherson region, with half of its 1 million residents remaining and prohibited from leaving, is facing a humanitarian crisis. The occupiers distribute expired food and medication to locals only in return for their personal data.

7. Lviv region. A military facility in the west of Ukraine bordering Poland was destroyed in a russian missile attack.

Ukraine is experiencing catastrophic economic damages due to russia’s military aggression, which has already started to impact the global economy. Food, energy and labor markets are in danger. Stop the crisis by spreading the truth!