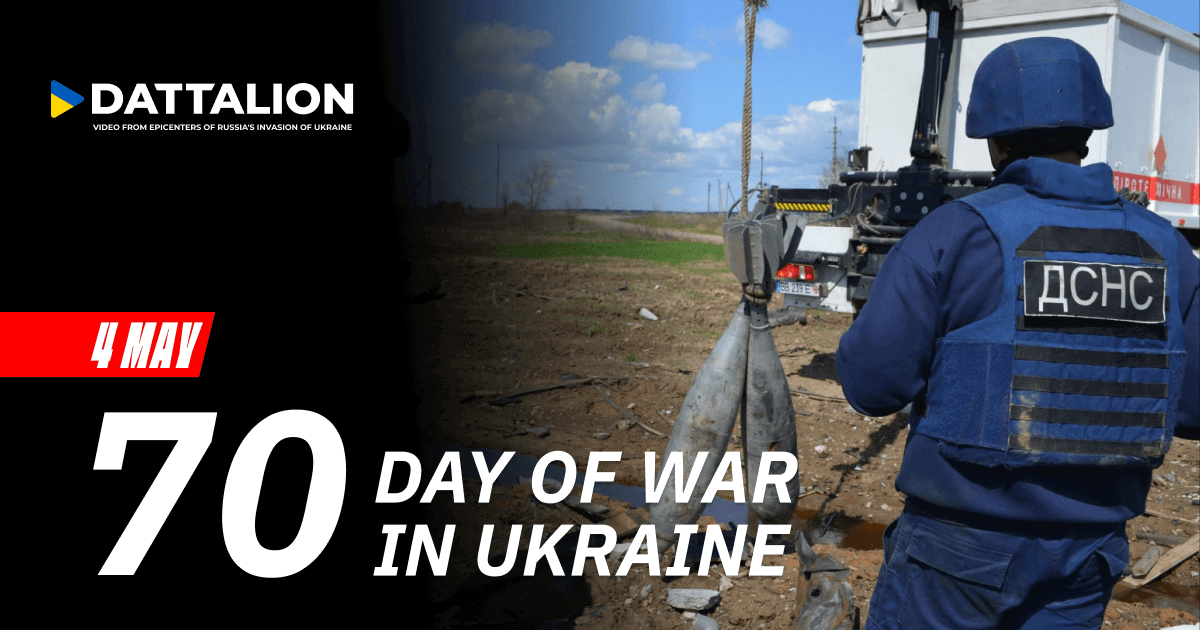 3. Kyiv region. Another 20 bodies of Ukrainian civilians killed by russian aggressors were found across the region, bringing the overall death toll to over 1,500, with 282 bodies still unidentified. Most of the victims were shot to death.

4. Luhansk region. The towns of Popasna and Rubizhne have enough food and water to last for just one more week: access to the settlements is complicated, making evacuation nearly impossible. Russia continued heavy bombardments: the bodies of 5 more civilians were found on Wednesday. Meanwhile, according to Ukrainian officials, nearly 100,000 tons of grain (the region’s three-year supply) have been stolen or destroyed by russian forces in the region since late February.

5. Dnipro region. In Dnipro, a railroad infrastructure facility was destroyed in a russian missile strike, disabling railroad connections for hours.

6. Donetsk region. Another 344 evacuees arrived safely in Zaporizhzhia from Mariupol and surrounding settlements via a humanitarian corridor opened with the help of the UN, said Ukraine’s Deputy Prime Minister.