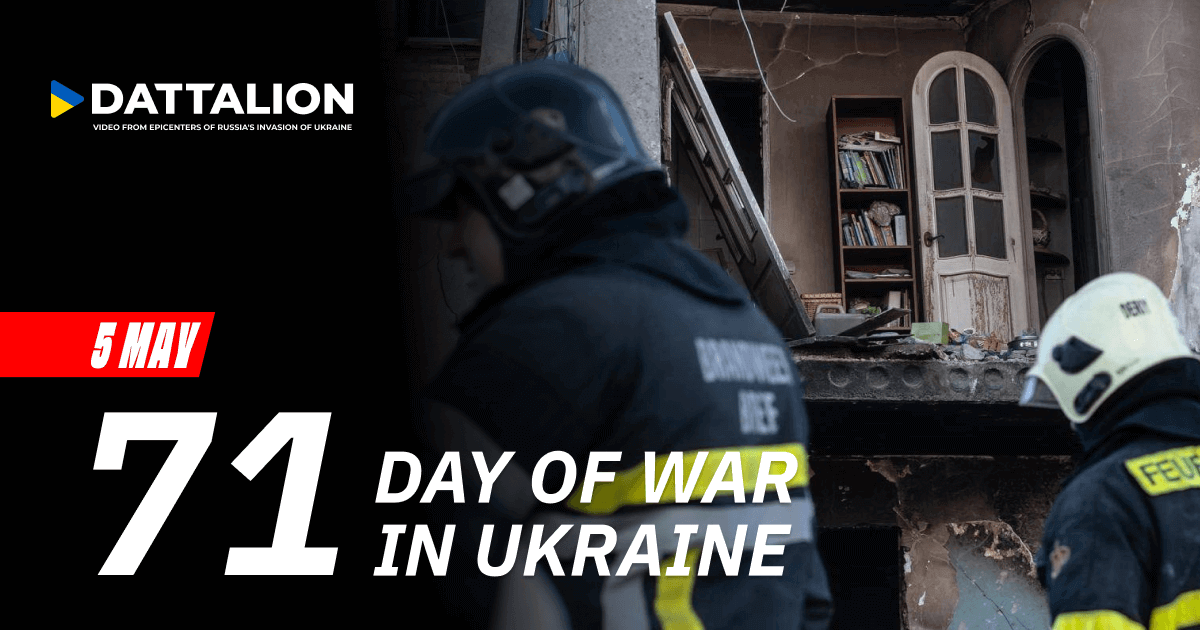 1. Donetsk region. In Kramatorsk, 25 civilians were wounded and 810 apartments were destroyed by russian missiles in just one night. Meanwhile, UN Secretary-General António Guterres informed the Security Council that, so far, nearly 500 civilians had been evacuated from Mariupol and the Azovstal plant in two separate operations. In Mariupol, Azov Regiment’s combat psychologist Natalia Luhovska was killed during the storming of the Azovstal steel plant. Also in Mariupol, the occupiers started replacing road signs written in Ukrainian and English with new ones written exclusively in Russian.

2. Kyiv region. In a special investigation, Reuters, relying on survivor testimonies, lost documents and even a love letter, established the identity of several perpetrators of the #BuchaMassacre.