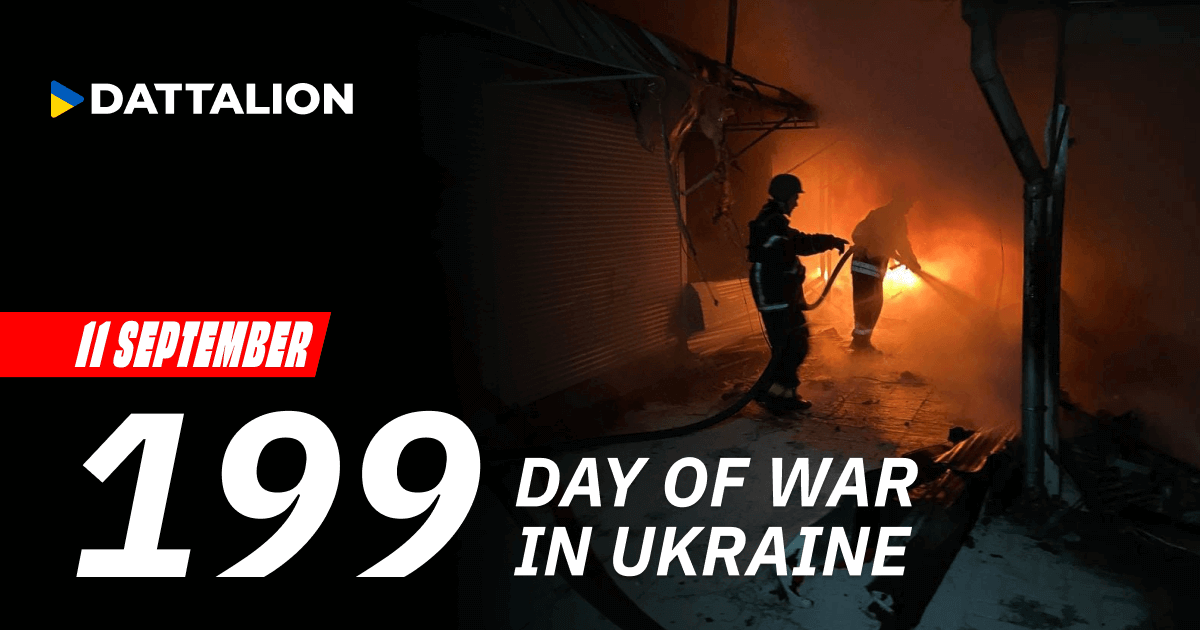 1. Kharkiv region. The bodies of two civilians with traces of torture were found in Hrakove village after the deoccupation. The local said that the russian occupiers forced him to bury the bodies of the two men. Reportedly, the occupiers killed the men in March.
russian troops opened fire on the Kharkiv TEC-5, one of the largest thermal power plants in Ukraine, located near the Podvirky village, Derhachiv district. After the evening shelling, lights went out in several regions of Ukraine.

2. Mykolayiv region. Mykolayiv was heavily shelled at night. At least 9 people were injured. The occupiers hit the yard of a five-story building, and one entrance was destroyed by fire and explosion. A private house was seriously damaged.

3. Donetsk region. On September 10, the occupying forces shelled the Donetsk region 24 times, hitting 13 settlements. Ten civilians were killed, and 19 were injured. Pokrovsk suffered the most, being massively hit with rockets throughout the night.