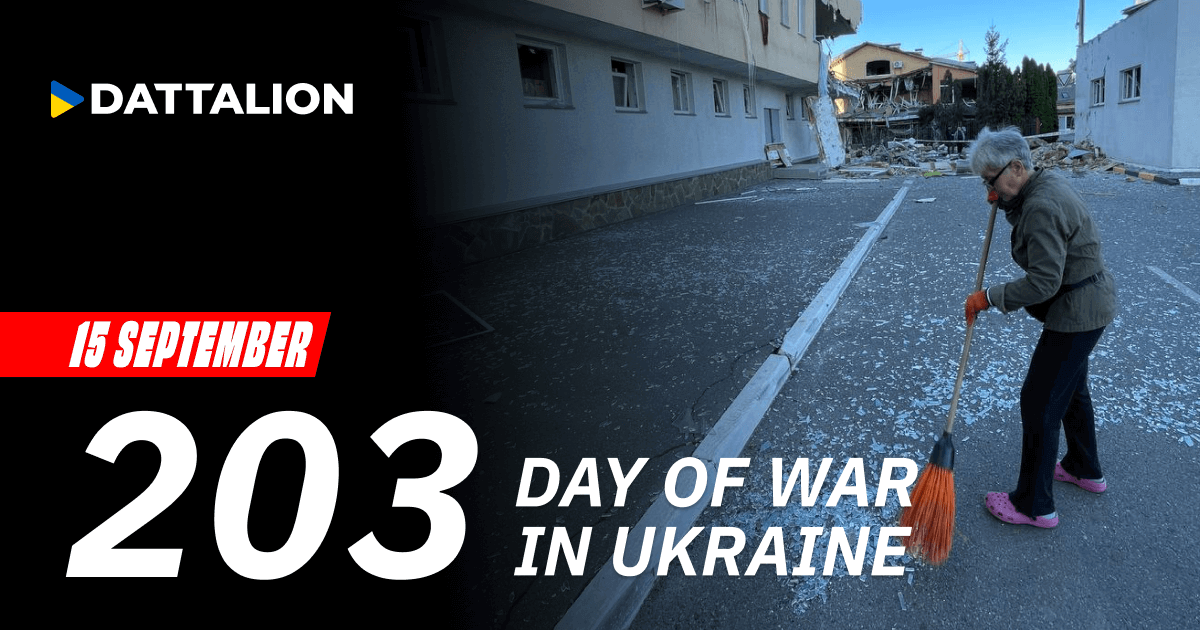 1. Dnipropetrovsk region. The russian troops shelled the Nikopol district with heavy artillery twice. Up to ten private houses and a high-rise building were damaged. Nine buildings were partially destroyed, including a secondary school, a children’s and youth sports school, a shop, and a cafe. Due to the rocket assaults on the Kryvyi Rih and Nikopol districts, one person was killed, and three were injured. The attacks also destroyed the oil depot and fuel stocks.

2. Zaporizhzhia region. Due to a fire caused by russian shelling, the last power transmission line connecting the Zaporizhzhia nuclear power plant node with the energy system of Ukraine was turned off. Power unit No. 6, which had supplied the plant, was unloaded and disconnected from the network.