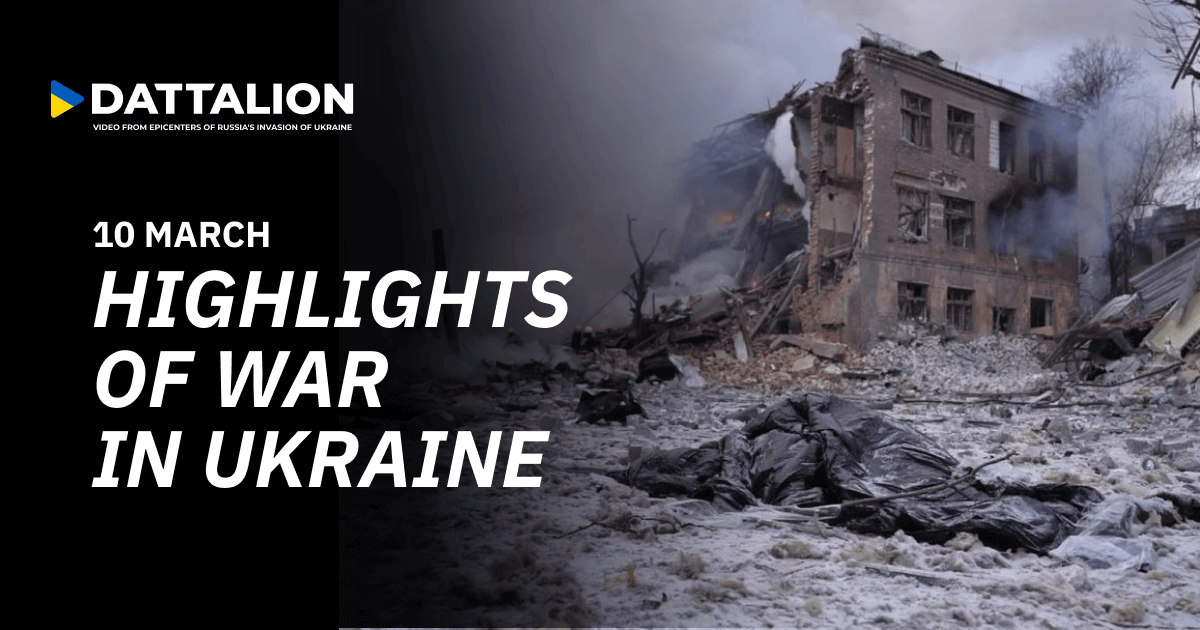 1. Russian occupants destroyed the entire town of Okhtyrka, which used to be home for 47 600 Ukrainians.

2. Russian troops bombed the village of Velyka Pisarivka. A 13-year-old boy and two women were killed in the shelling.

3. As a result of Russia’s shelling of the village of Slobozhanske in the Kharkiv region, two women and two children died under the wreckage of a ruined house.

4. Russia confirmed the use of TOS-1A Heavy Flamethrower Systems in Ukraine. These systems contain acid from the ambient air and produce a higher temperature explosion than conventional bombs.

5. Russian occupants invaded the sites of the Ukrainian gas transportation system. There is a threat to the transportation of gas from Ukraine to Europe.

Help us counter the Russian government’s misinformation about the war in Ukraine.