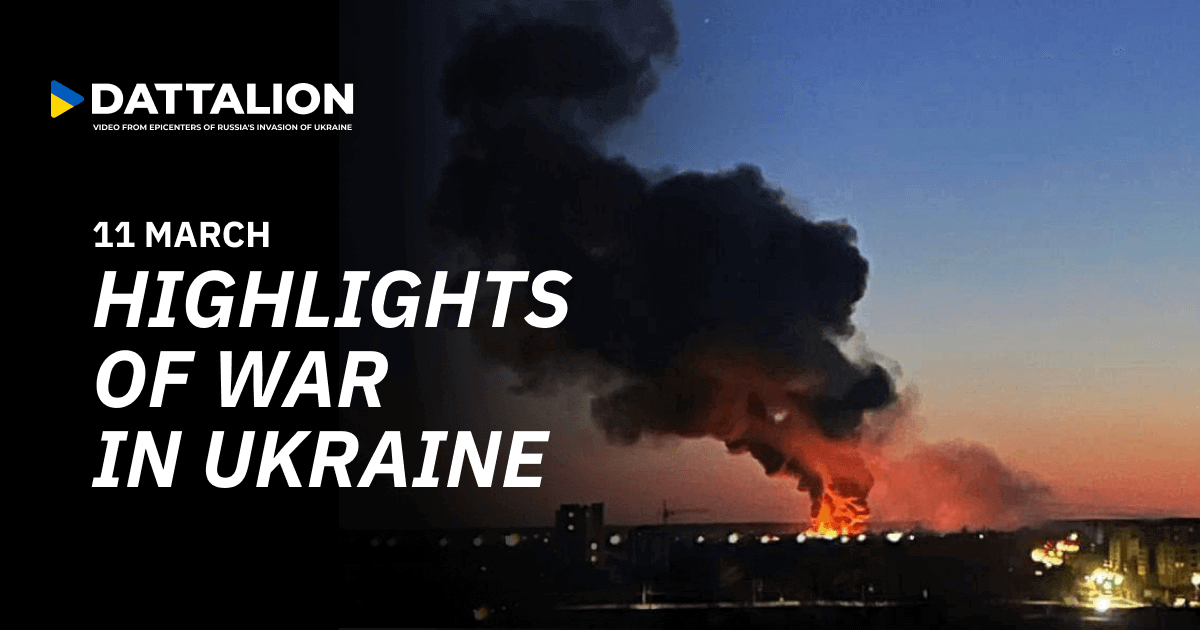 1. At 6 a.m. Russia airstroke Lutsk, Dnipro, and Ivano-Frankivsk airports. These were the first bombings in the cities since the beginning of the Russian war against Ukraine. 5 people were killed.

2. In Chernihiv two people were killed and two were injured as a result of a missile attack by the Russian forces.

3. At 2:30 p.m. Russia made an air attack at Kopani, Belarus, attempting to frame up Ukraine as responsible for the attack to draw Belarus into open war actions in Ukraine.

4. The Mayor of Melitopol Ivan Fedorov is reportedly kidnapped by the occupants after refusing to cooperate.

5. 1,582 Mariupol civilians were killed by the Russian occupation forces during the 12-day blockade of the city and merciless shelling of residential areas.

Help us counter the Russian government’s misinformation about the war in Ukraine.