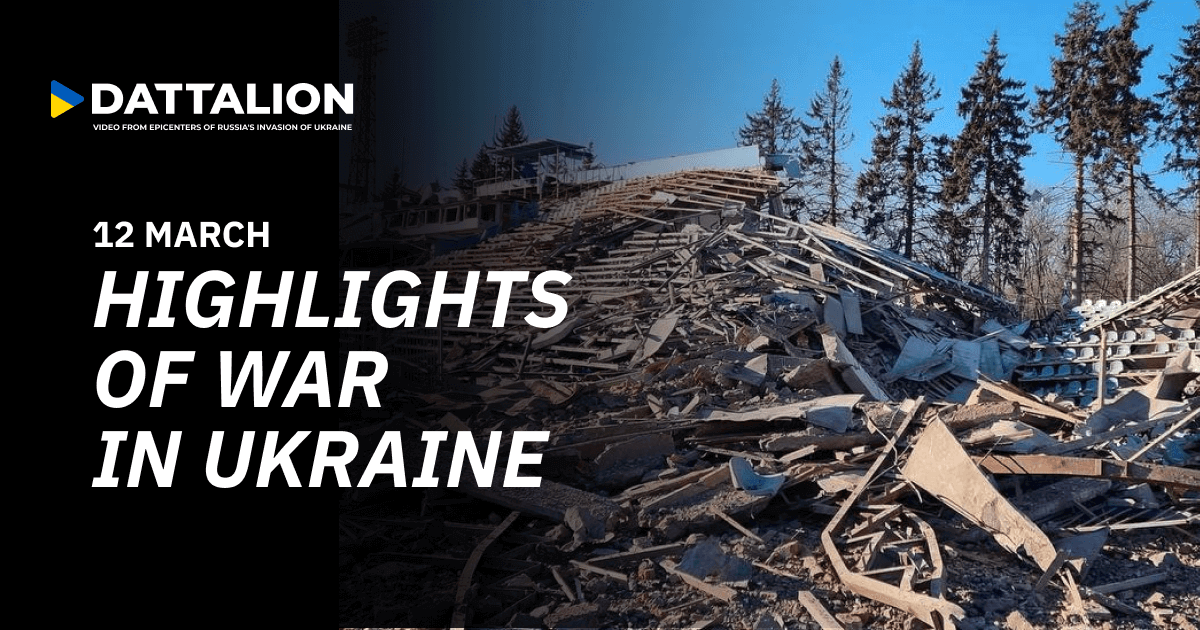 1. The Russian barbarians shelled an evacuation column of women attempting to drive their children out of areas in humanitarian crisis, with no water supply, electricity, and heating. 6 women and one child were killed.

2. In Zaporizhzhya a Russian tank deliberately ran over a car with civilians who wanted to evacuate. Two senior men were killed, and a minor boy was burned alive in the car.

3. In Chernihiv the Russian occupants bombed hotel “Ukraine”, which was one of the city’s landmarks.

4. As a result of the chaotic shelling of Mykolaiv, two people were injured. The Russian troops shelled a hospital, an orphanage, and a boiler house.

5. In Kherson the occupants are plotting a fake referendum on the creation of the Kherson People’s Republic. In Melitopol, Russia’s terrorists kidnapped the mayor Ivan Fedorov. According to the Ukrainian officials, he is alive but is being tortured to force him to cooperate with the occupants.