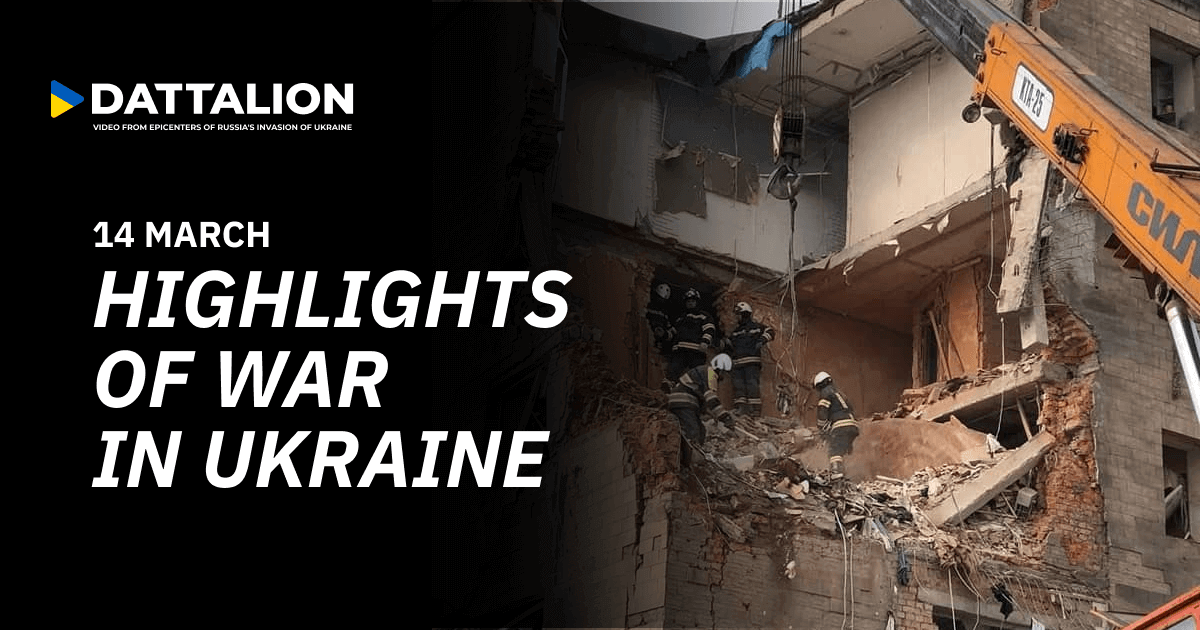 1. A pregnant woman wounded in the Russian bombing of a Ukrainian maternity hospital has died along with her unborn baby.

2. The occupiers ruined the bridge, which used to link Energodar, the location of Zaporizhzhya nuclear power station, with the city of Zaporizhzhya. The delivery of humanitarian aid or the evacuation of people is impossible.

3. Artillery shell hit a high-rise building in Obolonsky district of Kyiv, building partially destroyed. One person was killed and 10 were injured.

4. One person was killed and six others were injured after the remnants of a rocket fell on a road in Kyiv’s Kurenivka district, announced the mayor of Kyiv Vitaly Klitschko.

5. Chernihiv water supply company, one of the pumping stations supplying water to Chernihiv was destroyed by a bomb attack. Four civilians died.

6. 19 people were killed as a result of the TV tower attack in the Rivne region.

Russia is a terrorist. Russian troops are using air bombs and missiles against civilian objects, killing thousands of people, hundreds of children. You have to help us stop this terror. Spread a word. Ask to #CloseTheSkyoverUkraine.