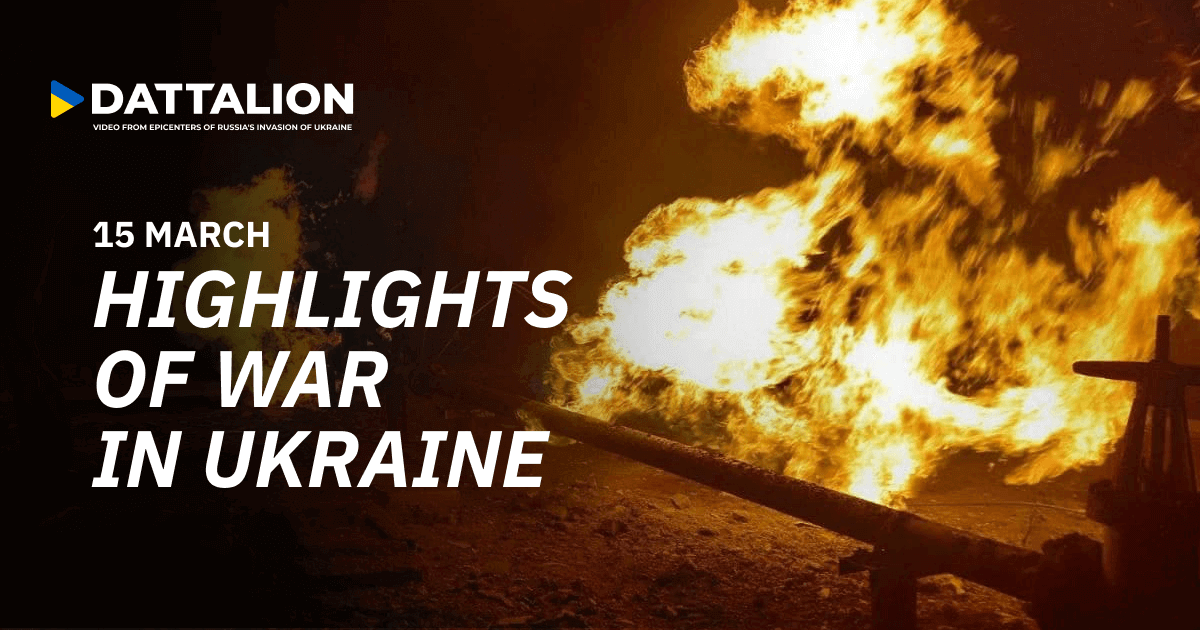 1. Russian troops killed two journalists and injured one near Kyiv. Pierre Zakrzewski, the cameraman of the American TV channel Fox News, and Oleksandra Kuvshynova, a news photographer, were killed by the Russian gunfire in the village of Gorenka near Bucha. Another Fox News reporter Benjamin Hall was badly injured.

2. Russia air bombed Kyiv at about 5 a.m. Three residential houses were hit and set on fire. Two civilians were killed and dozens injured.

4. Russian forces destroyed three school buildings along with a boarding school for visually impaired children and a hospital in Rubizhne, a city in Luhansk Oblast.

5. 20 civilians were killed following the air bombing of a TV tower in Rivne.

This is a real-time list of Russia’s terror, war crimes, and genocide against the Ukrainians. The Russian aggression turned to a point when the help Ukraine gets from the world is NO LONGER enough! Should you NOT act now, any EU country can be next for air bombing.