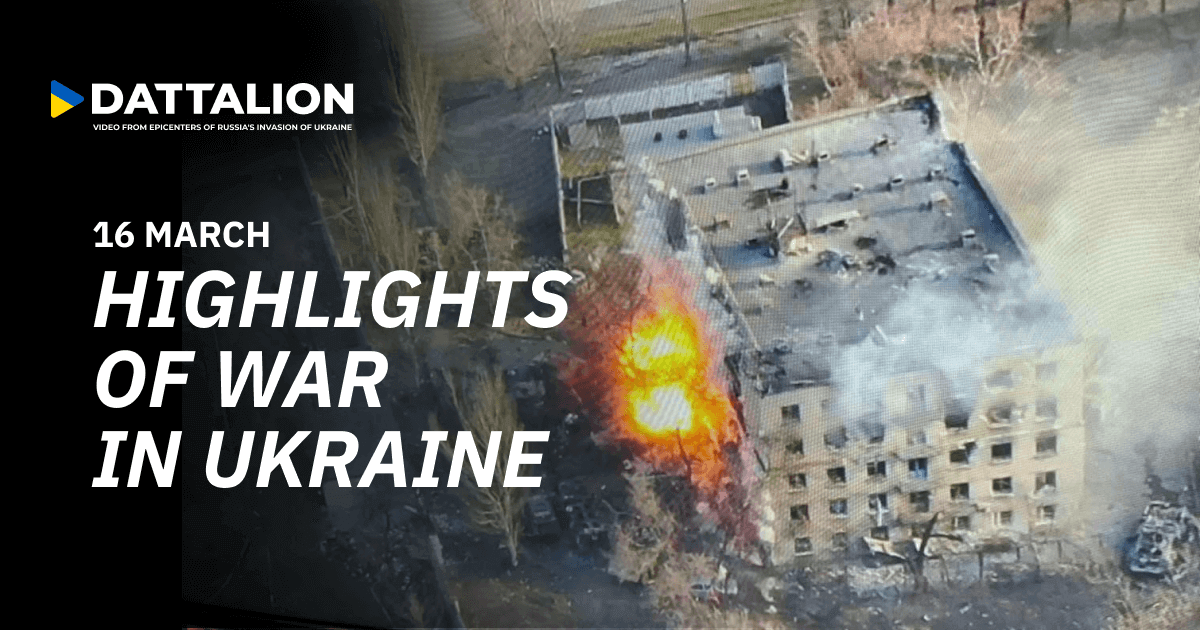 1. The Russian air force dropped a bomb on the Drama Theater in Mariupol. The theatre was used as a shelter for women, children, and patients, evacuated from the bombed hospitals. The debris blocked the exit from the shelter. The number of casualties is still unknown. The local authorities expect that they are numerous.

2. The Russian terrorists searched for and killed veterans of the war in Donbas in 2014 in the Mykolayv region.

3. The Russian airstrike at a television tower outside of the western Ukrainian city of Rivne killed nine civilians and injured nine people.

4. The Russian occupants continue the practice of kidnapping local authorities. They kidnapped the Mayor of Skadovsk Oleksandr Yakovlev and his deputy Yuriy Palyukh.

5. The Russian occupation troops shelled civilians queuing for bread in Chernihiv. At least 10 civilian people are dead. The Russian terrorists fired on a convoy of evacuation vehicles from Mariupol. 5 people were injured, one child is in serious condition.

Democracies of the world, what are your redlines? How many deaths are needed to motivate the world to DO MORE? The help Ukraine is getting is huge, but the terror Ukraine is dealing with is also huge and unprecedented that this help IS NOT ENOUGH! Close the sky! Help Ukraine!