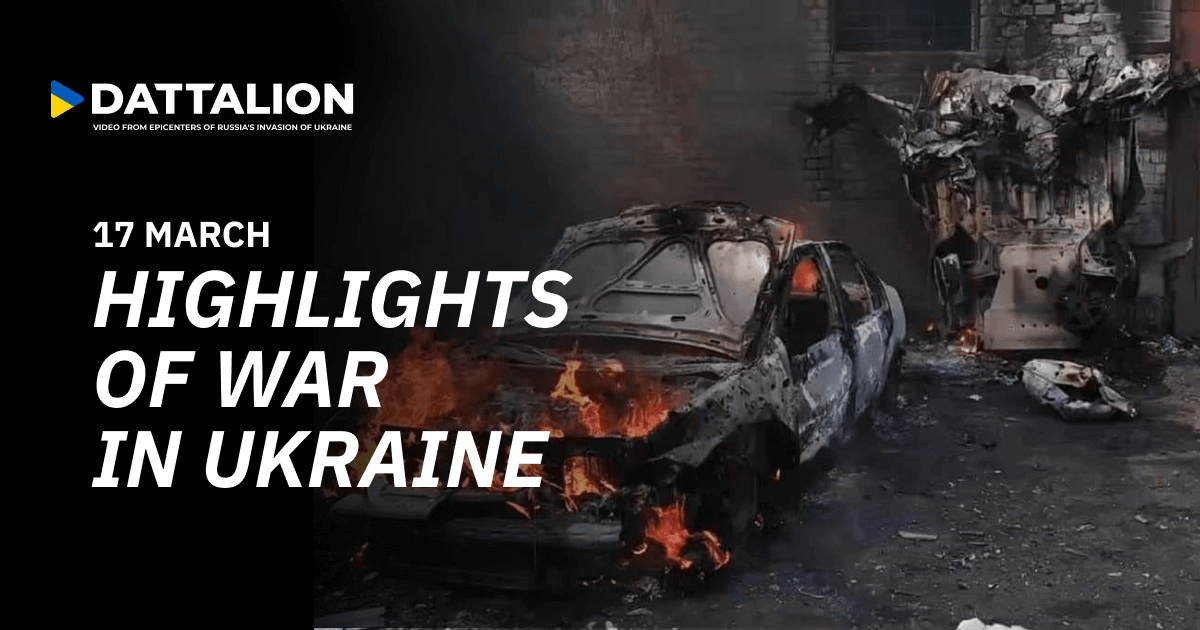 1. The occupants shelled the town of Merefa in the Kharkiv region – a school, a cultural center, and residential buildings were damaged. 21 people died, 25 were injured, of whom 10 are in critical condition.
2. Russia air bombed the largest in Eastern Europe Barabashova market of 74 hectares located in Kharkiv. Over 100 firefighters were working at extinguishing the fire when the Russian bomb hit the site again. One firefighter died, another one is seriously injured. As of 17th March, the war took the lives of 19 Ukrainian firefighters.
3. The occupants shelled civilians lining for groceries in Chernihiv city. At least four civilians were killed, one of them a US resident.
4. The terrorists shelled with tanks the evacuation vehicles near Bucha. One policeman was killed and another was injured.
5. Oksana Shvets, the Merited Artist of Ukraine, was killed during a Russian rocket attack on an apartment building in Kyiv. Artem Datsyshyn, a ballet soloist of the National Opera of Ukraine, died after the artillery fire by the Russian occupants.
6. The Russians are robbing people’s houses, throwing them out into the streets, and taking their food in the outskirts of the Sumy region.