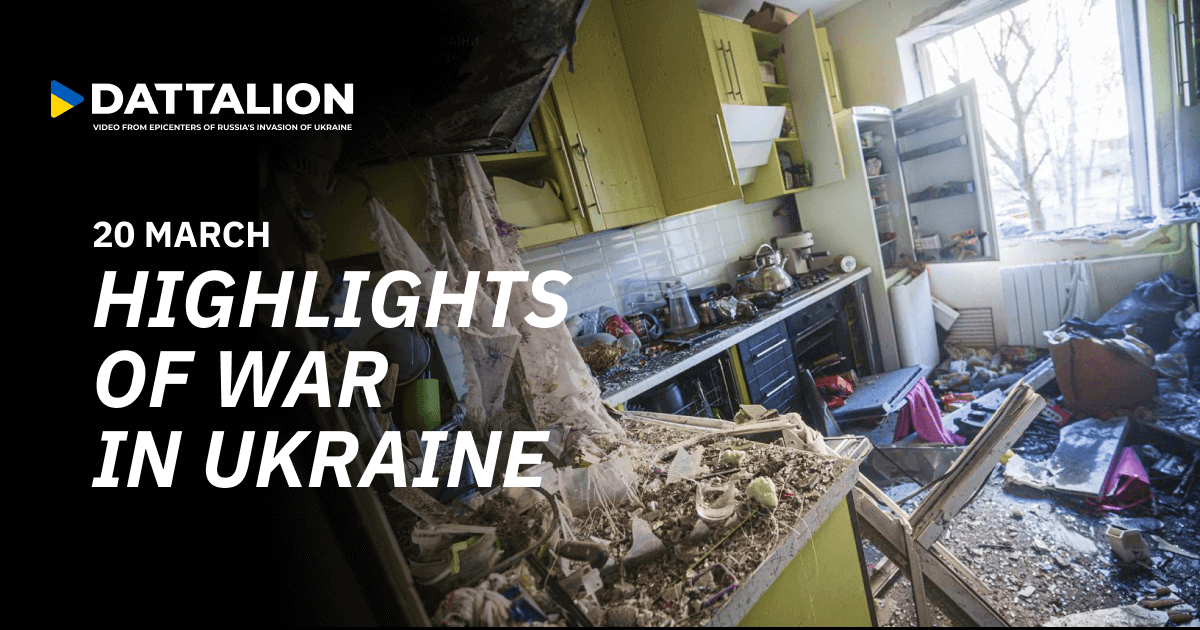 1. Russia dropped bombs on an art school in Mariupol, sheltering about 400 civilians — women, children, and elderly people. The building is destroyed, its residents are still under the wreckage.

2. 56 elderly people were killed after the Russian army shelled a nursing home for the elderly in Kreminna, Luhansk region. Though the shelling took place on 11 March, the number of casualties was only available on 21st March.

3. The occupants’ air bombed the city of Korosten in the Zhytomyr region. 13 buildings were damaged, three civilians were injured.

4. In Chernihiv, a Russian shell hit a car that was delivering water to residents. There were fatalities and injuries.

5. Four ships of the Russian navy shelled the city of Mariupol. The war crime cruelty, inhumanity, and atrocities of the Russian invaders in Mariupol are significantly worse than anything the city experienced from Nazi Germany during the Second World War.

The enemy continues to cynically destroy the Ukrainian cities. Russia is a terrorist. Russian troops are using air bombs and missiles against civilian objects, killing thousands of people, hundreds of children. You have to help us stop this terror. Spread a word. Ask to #CloseTheSkyoverUkraine.