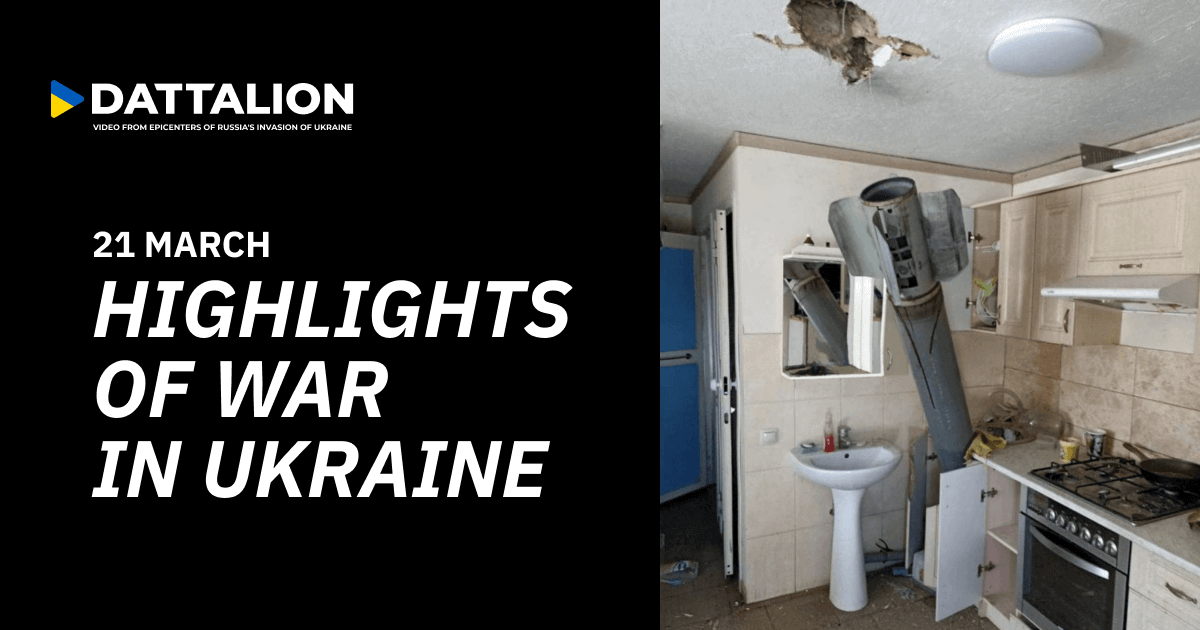 1. The Russian troops attacked the evacuation buses with children from Mariupol. Four children were seriously wounded.

2. In the village of Malinivka in Zaporizhzhia region, the occupants shelled two cars with civilians, which were being evacuated from the temporarily occupied territory by the green corridor — two young children, three women, and a man were wounded.

3. Selets village in the Zhytomyr region, was shelled from Grad missiles for the first time. According to the latest data, three soldiers and one civilian were killed.

4. A Russian missile strike destroyed to ashes a Kyiv shopping mall, killing at least eight people in one of the most powerful explosions yet seen in the capital.

5. Residents of Kherson took to the streets in a peaceful protest against the Russian occupation. The occupants tried to disperse people with firearms and stun grenades. One person is wounded.

6. The Russian occupants launched four rocket attacks on the Rivne region, three of which were shot down by the air-defense systems of Ukraine. Losses are being clarified.

7. In the occupied town of Trostyanets in the Sumy Region, the Russian regular army rob houses and use people as human shields. This is a war crime, being committed while the whole world is watching.

8. In Rubizhne, Luhansk region, the occupants damaged a private residential building and a school, which people used as a shelter — about 10 buildings in the city are on fire. In addition, the Russian forces shelled Sevierodonetsk, Lysychansk, Popasna, and Kreminna, killing and wounding civilians.

Russia is a terrorist. Russian troops are using air bombs and missiles against civilian objects, killing thousands of people, hundreds of children. You have to help us stop this terror. Spread a word. Ask to #CloseTheSkyoverUkraine.