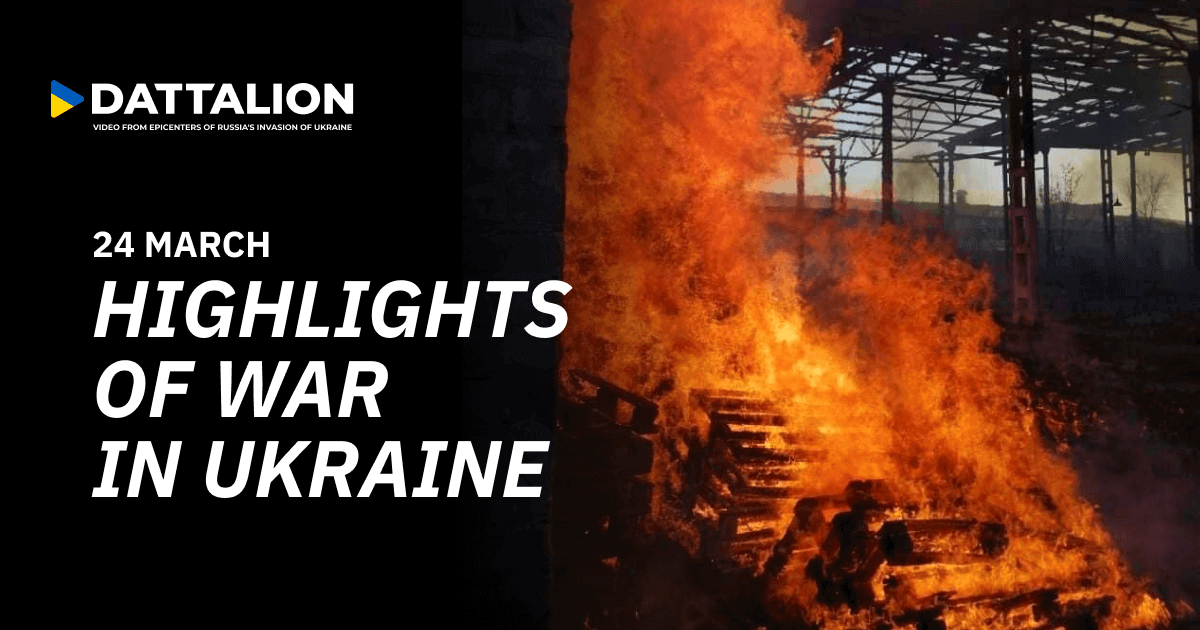 1. In Kharkiv the Russians gun fired at people at a post office distributing humanitarian aid. At least six civilians were killed. Another 15 were wounded and hospitalized.

2. The Russian occupants carried out rocket and phosphorus bombardment of the Luhansk region — four people were killed. Sievierodonetsk, Lysychansk, Rubizhne, Kreminna, Novodruzhsk and Voivodivka were hit.

3. The Russian occupants fired Kalibr missiles from the ships stationed in the Black Sea at the center of Kharkiv. In total, the occupants made 44 artillery, tank, and mortar strikes at Kharkiv in the past 24 hours. Kharkiv was also shelled 140 times with Grad and Uragan multiple rocket launchers.

4. The Russian troops’ transfer force thousands of residents of Mariupol to Russia. The occupants take away people’s IDs.

5. The Russians are taking out and destroying Ukrainian Ukrainian literature and history books on the temporarily occupied territories.

The enemy continues to cynically destroy the Ukrainian cities and kill civilians. Now they try to wipe out our history.
Russia is a terrorist. Russian troops are using air bombs and missiles against civilian objects, killing thousands of people, hundreds of children. You have to help us stop this terror. Spread a word. Ask for help: to close the sky over Ukraine, ask to dispatch more military, financial, and humanitarian support. We need you to act NOW, as it might be too late tomorrow.