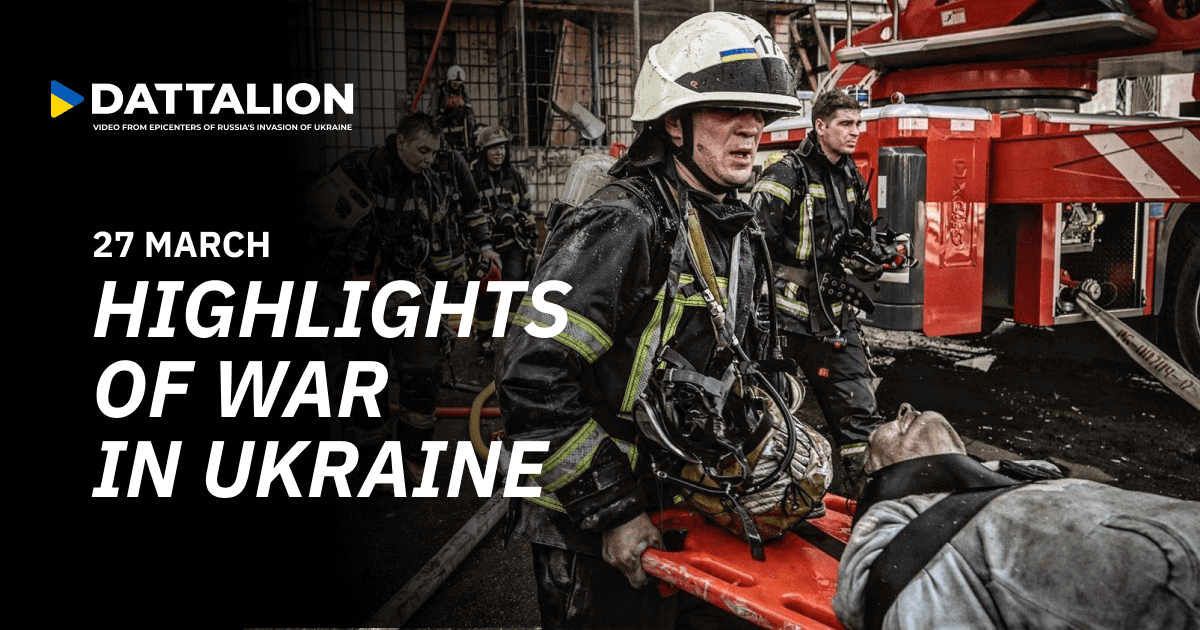 2. In Budapest 300 pairs of worn shoes were placed near the memorial “Shoes on the Danube Bank” to commemorate the Mariupol Drama Theater’s victims.

3. In the Zaporizhia region two children were injured in the air bombing by the occupants. The kids were urgently taken to the hospital.

4. On 26 March Russian forces fired a record number of 70 missiles at Ukraine. Fifty-two missiles were fired from Sevastopol warships, and another eighteen were fired from the territory of Belarus.

5. The occupants in the Dnipropetrovsk region used a Tornado-S artillery bombardment of one of the settlements in the Krivorizskiy district.

Ukraine needs arms. Ukraine needs to close the sky. Ukraine needs the full support of the people of free democracies, while some of their governments are still hesitant, trying to have it both ways. Russia has crossed all red lines of humanity, truth, civilization, and common sense. It is a terrorist state, they will be at your doorstep tomorrow if you do not ACT NOW to support Ukraine.