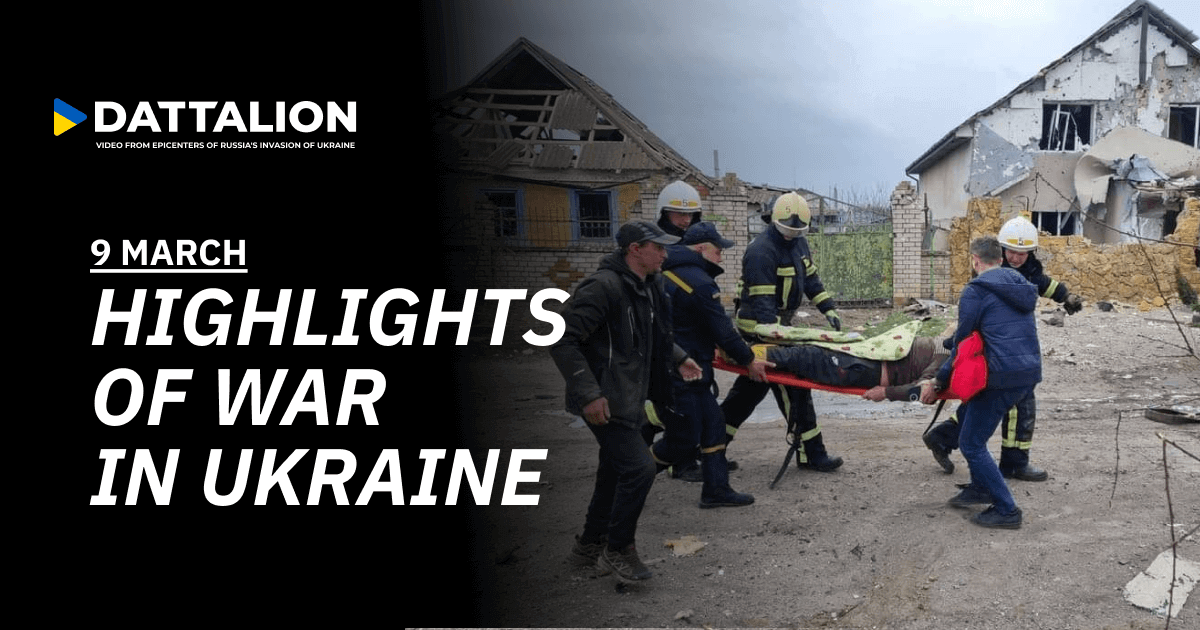 1. The atrocities in Mariupol are beyond comprehension. Russia launched an airstrike at a maternity hospital, killing 2 adults and one child and injuring 17 confirmed people, including pregnant women and infants. The number of people under the wreckage is still unknown. Russian invaders killed at least 1,300 civilians during the Mariupol blockade, according to the city council. Separately, a 6-year old died of dehydration, and 400,000 people remain blocked in Mariupol.

2. The occupants opened fire during the evacuation of civilians through the mutually agreed upon “green evacuation corridor” from Demidov in the Kyiv region.

3. Russia made an airstrike at 7 civilian houses in the Zhytomyr region; 5 civilians were killed.

4. Russian occupants blocked the Chernobyl nuclear power plant (NPP). The NPP is completely de-energized; the cooling and disposal of spent nuclear fuel are impossible, which will cause a significant rise in radiation levels affecting the EU, Ukraine, Belarus, and Russia.

5. President Zelensky addressed Western leaders, calling once again to close the Ukrainian sky in response to these atrocities: “Russia dropped 500 kg aviation bombs on a children’s and maternity hospital in Mariupol. Russia knew exactly that they were targetting a hospital accommodating children and pregnant women. These atrocities are beyond comprehension. This is henocide against the Ukrainian people. Europeans, you will not be able to say that you did not know or did not see what had happened in Mariupol. Europeans, you need to act now to add up courage to some European leaders and make them close the Ukrainian sky or provide Ukraine with combat aircrafts so that we can do it ourselves. While you are taking a pause to think about it, Ukrainians are dying,” — said President Zelensky in his video address at around midnight on 9 March 2022.