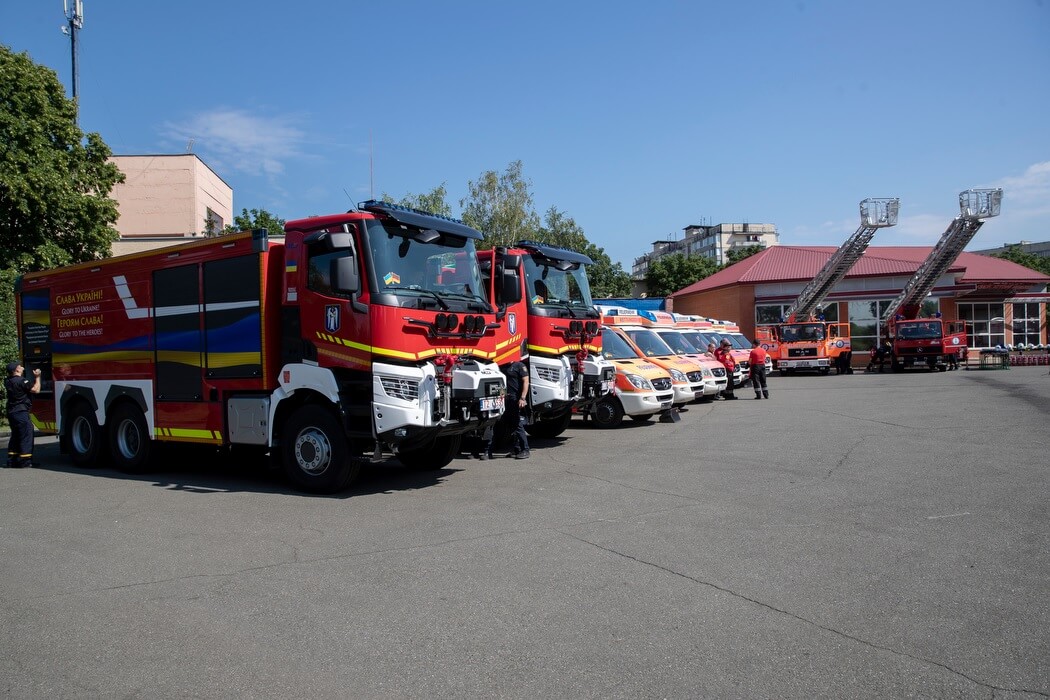 Kyiv received 2 modern Renault trucks for foam firefighting from German and Polish partners. The Germans collected funds, and the Poles ensured the production of cars in the shortest possible time.

Kyiv also acquired 7 ambulances from its two sister cities: 5 from Hamburg and 2 from Leipzig.