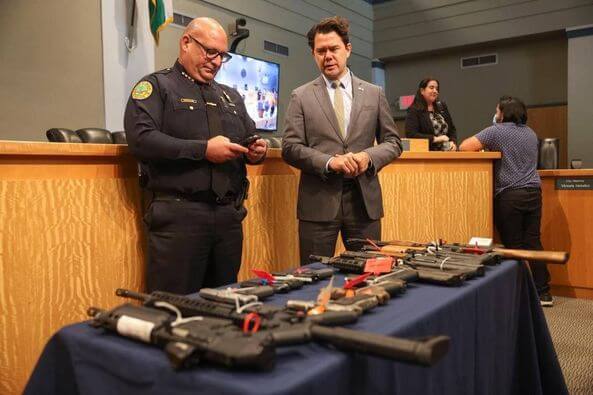 The police of Miami, Florida, will hand over 167 firearms, which it had bought from US citizens as part of the Guns 4 Ukraine campaign, to the police and soldiers of the territorial defense in Irpin, Kyiv region. Americans who gave up redundant weapons were offered cash reward of $50 to $200 per unit.
Irpin and Miami will become sister cities as of this August.

Ukraine is experiencing catastrophic economic damages due to russia’s military aggression. Help us win the war by spreading the truth!