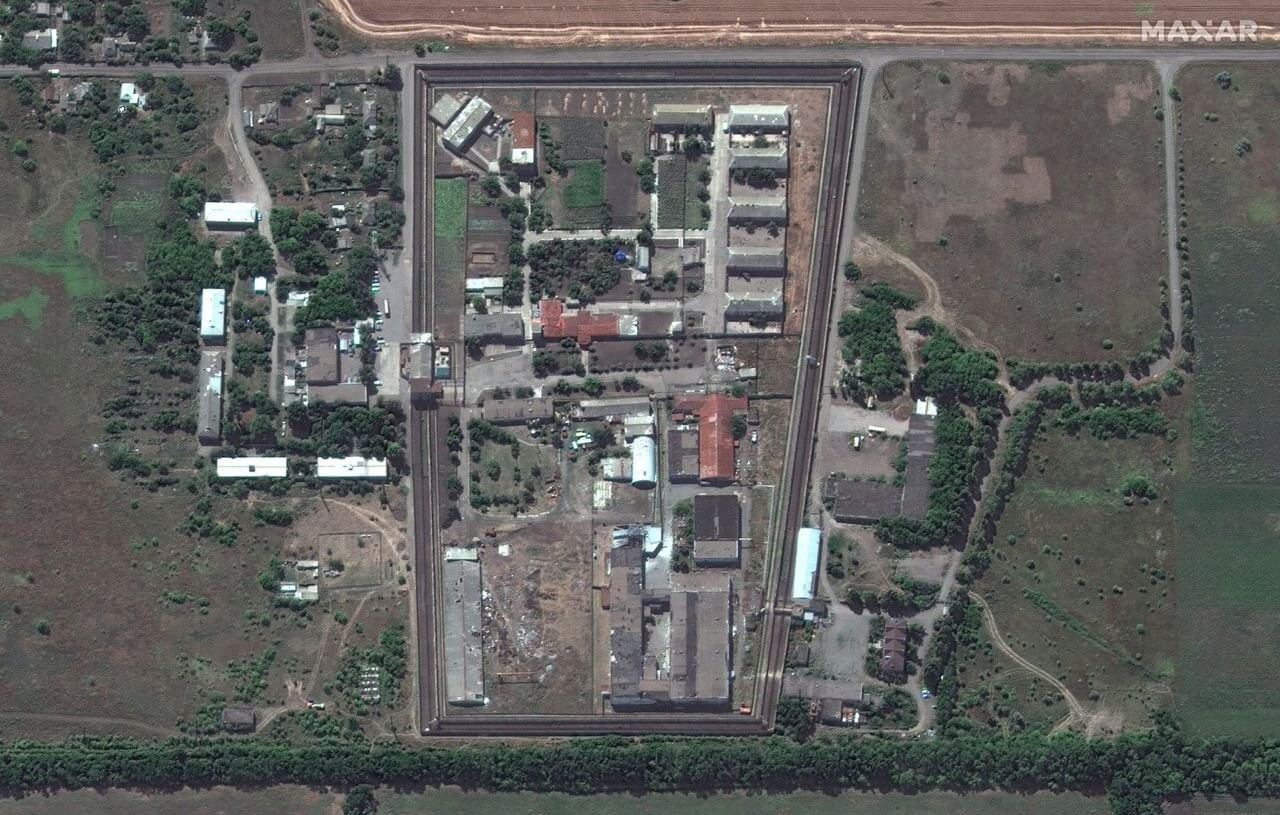 The analysis of new satellite images of Olenivka prison in russia-occupied Donetsk region of Ukraine where at least 50 Ukrainian POWs were killed completely debunks any scurrilous claims that Ukraine forces hit the building & caused this tragedy. This heinous war crime resulted in burning POWs alive is another russian war crime.

Experts claim:
Olenivka was NOT hit by a GMLRS rocket. russia used a thermobaric weapon to burn the POWs in their sleep. The fire damage to the building and victims, the missing impact crater, and the lack of blast damage proves this.

Meanwhile, the @ICRC_ua: “Our request to access the POWs from Olenivka penal facility yesterday has not been granted. Granting ICRC access to POWs is an obligation of parties to conflict under the Geneva Conventions.”

Russia is a terrorist State, violating all possible customs and laws of war. russia must be excluded from all international organizations, as it doesn’t follow any international rules or laws. Share the truth!