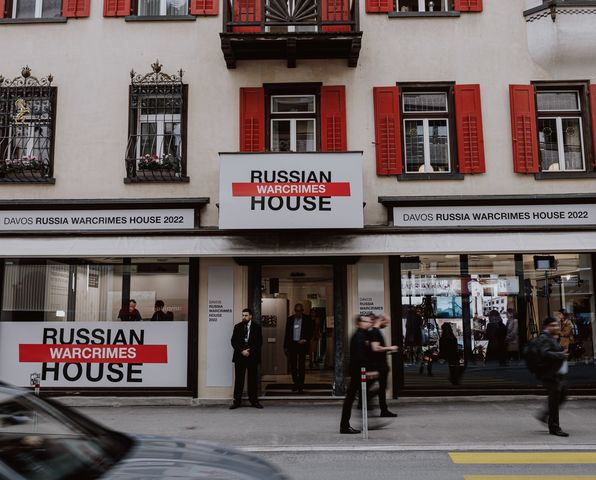 An exhibition on russian war crimes was opened at the PinchukArtCentre, Kyiv, in mid-July. This is a “light version” of the event in Davos, Switzerland, organized in the Russian War Crimes House (former Russian House) during the World Economic Forum.

The exhibition consists of three elements: a map with statistical information on russian war crimes, documentary photos from the combat zones, and a video compilation by Oleksiy Sai, including 7,000 photos.

The exhibition on russian war crimes in Kyiv is combined with the When Faith Moves Mountains exhibit, created in partnership with the Museum of Modern Art, Antwerp, and the Government of Flanders. This is the first case in the history of art when a museum provided parts of its collection for display in a country where hostilities are taking place.