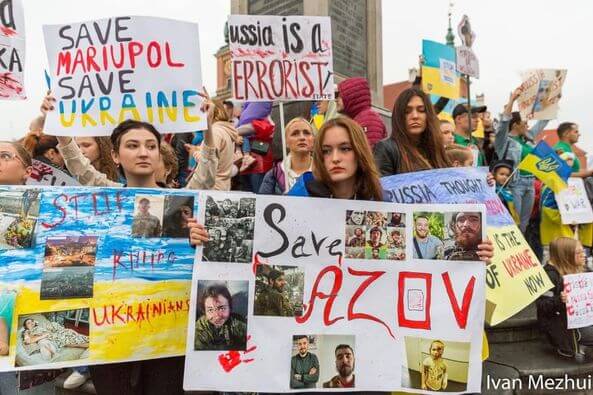 On July 31, a rally in support of the Azovstal defenders took place in Warsaw. The initiative called “Azovstal. Free Mariupol defenders” was launched internationally to remind the world of the Mariupol heroes and draw attention to the war crimes committed by russian occupiers. Similar events were held in other Polish cities, and worldwide (the USA, Canada, Mexico, Australia, Turkey, Georgia, England, Latvia, the Netherlands, Switzerland, and Germany).

After the rally, the Ukrainian Kozak System music band performed, expressing gratitude to Poland for supporting Ukraine. An exhibition of Ukrainian artist, Volodymyr Melymuka, was also held as part of the event.

Recall that Ukraine accuses russia of killing Ukrainian military personnel, including the defenders of Azovstal, who were held captive in the occupied Olenivka, Donetsk region. As a result of the attack that happened on July 29, 53 people died and over 70 were injured.