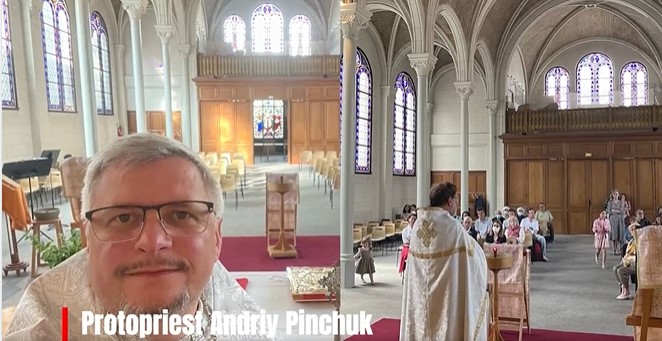 Andriy Pinchuk is a priest of the Dnipro Eparchy of the UOC and father of 14. After the full-scale russian invasion of Ukraine, he created a shelter for displaced people. Every day, risking his own life, he travels to the east of Ukraine to evacuate people
who need to get to a safer place.

Father Andriy seeks international tribunal for Patriarch Kyrylo who, in his view, had been promoting the “russian world” for years, creating prerequisites for a full-scale war between russia and Ukraine. Over 400 clergymen of the UOC MP have already signed his appeal to the Council of Patriarchs of the Ancient Eastern Churches.

Each story makes a difference, each witness account is extremely important. We are collecting interviews from Ukrainian witnesses of russian atrocities and war crimes to present in our Database.